Some cardiovascular (CV) risk-prone patients are easy to recognise, for example following manifestations of cardiovascular disease (CVD), coronary artery bypass graft (CABG) or percutaneous transluminal coronary angioplasty (PTCA) interventions, and they deserve appropriate risk-factor control for secondary prevention, including blood pressure (BP) lowering. However, many other at-risk patients without prior CVD manifestation are currently undertreated. One group in particular is the large group of patients with abnormalities in glucose metabolism or overt type 2 diabetes. For these patients the benefits of tight BP control, in addition to lipid lowering, smoking cessation and control of hyperglycaemia, have repeatedly been documented. Another risk group is the stroke-prone elderly patient, risking disability and impaired quality of life following stroke, a condition that is often preventable by appropriate BP control. This short review will focus on BP control in these two high-risk groups.

Hypertension in diabetes is one of the most widespread, substantial and treatable CV risk factors of importance in clinical practice. As the number of diabetes patients increases on a global scale, so too does the number of patients with concomitant hypertension. Data from randomised trials have increasingly shown the benefits of tight BP control in patients with type 2 diabetes. New international and national guidelines and recommendations have emphasised the screening, evaluation and vigorous treatment of elevated BP if combined with diabetes, especially systolic blood pressure and pulse pressure. Epidemiological data indicate some improving trends in BP control reflecting increased awareness and more appropriate treatment over time, as shown by recent data from the National Diabetes Register (NDR) in Sweden. In reports from the NDR during the last few years, it has been shown that the trend for better BP control is, in fact, improving. In a recent publication it was also shown that markers of insulin resistance (obesity, hyperglycaemia) and lack of microalbuminuria are independent (inverse) predictors of successful long-term BP control in patients with diabetes, implying the need for lifestyle measures and glycaemic control. Long-term successful BP control was also associated with low predicted risks of coronary heart disease (CHD) and stroke at follow-up. Similar quality assessment projects could be applied to other high-risk groups.

Several intervention trials have formed the evidence base for treatment of hypertension in diabetes. In the Systolic Hypertension in the Elderly Program (SHEP), low-dose, diuretic-based treatment (chlorthalidone 12.5-25mg with a step up to atenolol 25-50mg or reserpine 0.05-0.1mg daily if needed) was found to be effective compared with placebo in preventing CV complications in elderly patients with type 2 diabetes mellitus (n=583) and isolated systolic hypertension. Similarly, the Systolic Hypertension in Europe (Syst-Eur) trial compared calcium-antagonist-based treatment (nitrendipine) with placebo in elderly patients with isolated systolic hypertension and in a rather large subgroup with type 2 diabetes (n=492). In Syst-Eur, treatment for five years prevented 178 major CV events in every 1000 diabetic patients treated, i.e. approximately six patients had to be treated for five years to prevent one major CV event.

The Hypertension Optimal Treatment (HOT) study investigated the intensity of antihypertensive treatment using a calcium antagonist (felodipine) as baseline therapy in hypertensive patients averaging 61.5 years of age and 170/105mmHg in baseline BP, of whom 1,501 also had type 2 diabetes. In HOT the incidence of major CV events was lowered from 24.4 to 18.6 and 11.9 events per 100 patient-years, respectively, in the randomised tertiles of diabetes patients who had achieved 84, 82 and 81mmHg, respectively, in diastolic BP. Approximately 20 patients needed to be treated for five years to prevent one major CV event when BP was further lowered from 84 to 81mmHg in these patients. Tight BP control to prevent macro- and microvascular complications was also successful after more than eight years of follow-up of 1,148 hypertensive patients in the United Kingdom Prospective Diabetes Study (UKPDS), especially for prevention of stroke and retinopathy. No significant difference was found between captopril and atenolol, but patients on atenolol needed significantly more oral anti-glycaemic drugs due to weight increase.

The Captopril Prevention Project (CAPPP) compared the effects of an angiotensin-converting enzyme (ACE) inhibitor with diuretic/beta-blocker treatment in middle-aged hypertensive patients, of whom 572 had type 2 diabetes at baseline; there were fewer CV events on captopril and (as in the Heart Outcomes Prevention Evaluation (HOPE) study) fewer hypertensive patients developed type 2 diabetes on ACE inhibitor compared with 'standard therapy. In the Swedish Trial in Old Patients with hypertension-2 (STOP-2) study, all patients were above the age of 70 years, and as many as 719 of them had type 2 diabetes at baseline; however, CV mortality was the same on standard therapy, ACE inhibition or calcium antagonist treatment.

Also, nearly normotensive subjects with diabetes may sometimes benefit from the use of drugs with BP-lowering properties. The results of the HOPE study and the MIcroalbuminuria, Cardiovascular, and Renal Outcomes (MICRO) HOPE sub-study showed that treatment with the ACE inhibitor ramipril, compared with placebo, significantly lowered the risk of CV events (by 25%) and overt nephropathy in people with type 2 diabetes with a previous CV event or at least one other CV risk factor, including 56% with a history of hypertension. Uncontrolled diabetic hypertensives (BP >160/90mmHg) were, however, not randomised. HOPE was not a hypertension trial, but gives an argument in favour of blockade of the renin- angiotensin system in CV risk patients with diabetes.

In the Losartan Intervention For Endpoint reduction (LIFE) trial, a subgroup of 1,195 patients with diabetes, hypertension and signs of left ventricular hypertrophy (LVH) on electrocardiogram (ECG) were randomised to either a losartan- or atenolol-based treatment. Mortality from all causes was 63 and 104 in the losartan and atenolol groups, respectively; relative risk (RR), 0.61 (0.45-0.84), p=0.002. In the the Antihypertensive and Lipid-Lowering treatment to prevent Heart Attack Trial (ALLHAT) a subgroup of 12,063 patients (36%) with diabetes were randomised to treatment with chlorothalidone, amlodipine or lisinopril. There were no differences in the primary composite CV outcome between these three drugs, used in a very heterogeneous study population according to ethnicity. A similar result of equity between treatment arms for the primary composite CV end-point was found in the Nifedipine GITS Study: Intervention as a Goal in Hypertension Treatment (INSIGHT), based on a sub-analysis of 1,302 patients with hypertension and diabetes at baseline randomised to either nifedipine slow-release or conventional therapy (beta-blockers or thiazide diuretics).

Most recently, data from the Anglo-Scandinavian Cardiac Outcomes Trial (ASCOT) have shown substantial benefits in patients randomised to a treatment based on amlodipin, with perindopril as add-on therapy if needed, versus atenol-based treatment, with thiazide as add-on therapy if needed, for the reduction of stroke and total mortality. The ASCOT study was stopped prematurely because of the difference in all-cause mortality, indicating the benefits of an amlodipin-based treatment in comparison with older drug alternatives. After 5.5 years' median follow-up, a total of 106,153 patient-years of observation were accumulated.

Evidence Based on the Trials

The general consensus for treatment of hypertension in type 2 diabetes is now aggressive BP-lowering treatment (<130/80mmHg), usually based on polypharmacy with synergistic drug combinations. This should be part of an overall risk-factor control also addressing smoking, dyslipidaemia, microalbuminuria and hyperglycaemia to optimise control. Treatment with an ACE inhibitor has been shown to be effective at preventing macro- and microvascular events in high-risk diabetics with controlled hypertension. A summary of the European Society of Hypertension (ESH) guidelines, with a sub-segment about hypertension in diabetes, has been published for use in primary healthcare where most of these patients are being diagnosed, evaluated for risk stratification and treated. This is confirmed in a recent meta-analysis on the effects of antihypertensive drugs in the treatment of hypertension in type 2 diabetes. 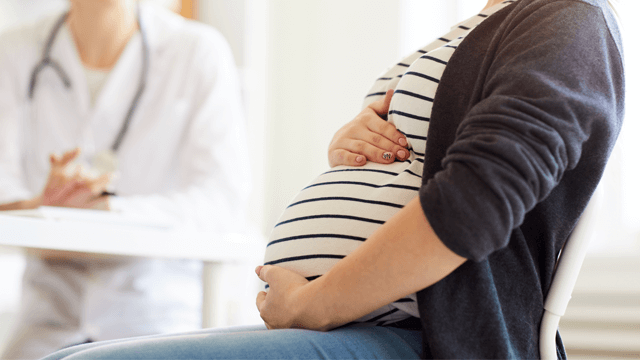