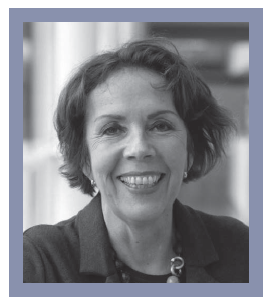 Over the past 40 years impressive progress has been made in treating focal, obstructive coronary artery disease (CAD) using percutaneous coronary interventions (PCI) and the most sophisticated surgical bypass techniques. Although women have profited to a great extent from these advancements, sex and gender differences in ischemic heart disease (IHD) are still under-recognised and even ignored in clinical practice.1 The majority of women with signs and symptoms of IHD are still treated using standards for men. However, this is not in line with the different pattern of IHD in women, with non-obstructive CAD (NOCAD) predominating over obstructive CAD, in combination with functional disorders of the coronary (micro-) circulation.2 Postmortem studies and computed tomography angiograms show clinically relevant sex differences in plaque morphology at all ages, with fewer calcifications, less focal obstruction and a more diffuse pattern of atherosclerosis with ‘outward remodeling’ and ‘soft’ plaques in women compared with men.3,4 Differences in underlying pathophysiology lead to a more distinct presentation of angina symptoms and warrant a more gender-sensitive diagnostic and therapeutic approach than the usual male-oriented diagnostic pathway.

In this edition of European Cardiology Review, several experts provide an excellent overview of our current knowledge on cardiovascular disease – both in women in general and in women after complicated pregnancies. Furthermore, the paper of Michelsen et al. is very helpful in identifying the most appropriate diagnostic tools to assess NOCAD with or without functional coronary (micro-) vascular disease in symptomatic women.5 It is a must read for all professionals working in the field of clinical cardiology.

Why so Reluctant for Change?

For those who are long since familiar with sex and gender differences in the various aspects of IHD, it is striking to observe that there is still a great reluctance among the cardiology community to consider IHD in a broader manner than the traditional stenotic way of thinking. This tunnel vision impedes optimal care for our female patients and contributes to a considerable waste of resources by repeated inappropriate diagnostic tests and invasive procedures.6 For example, persistent symptoms after coronary interventions – affecting more women than men – are often a result of concomitant functional CAD rather than epicardial obstructions.7 Moreover, hypertension is a major trigger for coronary vascular dysfunction and is often poorly treated and interpreted as being stress-related. In most cases, the cardiologist’s reflex to perform another coronary angiogram does not reveal the problem and many women feel disappointed by unsatisfactory explanations and a lack of solutions. While we all believe in ‘black holes’ and ‘gravitational waves’ in space, which we cannot see, we are reluctant to make faster progress in the development of better tools to assess functional CAD in the coronary (micro-) circulation, which we cannot visualize with an angiogram. The topic of IHD in women is still considered to be a ‘women’s affair’ or an issue for those who are ‘believers’. This ignores the accumulating evidence for a different pattern of IHD in women – in both the acute and chronic settings – leading to misdiagnoses and often mistreatment. This also undervalues the importance of female-specific risk factors to identify women at increased risk for premature cardiovascular disease.8 Cardiology for women is not a religion for cardio-feminists, but an evolving scientific field with evidence-based data that need to be implemented in clinical practice.

A Culture Shift is Needed in Cardiology

After 40 years of angioplasty, with the development of advanced stents and antithrombotic therapy, it is time to move on and reconsider our patient population. This population is made up of males and females with various ethnic backgrounds and differences in phases of life, risk factors, stress-levels, cardiac and non-cardiac co-morbidities, inflammatory diseases and genetics, and these differences must be taken into consideration in order to provide more tailored care for the broad spectrum of existing IHD manifestations. This needs a cultural change within the cardiology community for whom a specific interest in IHD in women has not been a priority in the past. Our current cardiac care is indebted to women to provide the best possible treatment for IHD. In the US, an alliance of experts has recently established a research agenda for non-obstructive IHD that is equally relevant to our European populations.9 To accelerate improvements, we also need to consider ‘health’ along a horizontally oriented life-course and leave our vertical organ-specific way of thinking behind. Past events such as preeclampsia have serious consequences for future cardiovascular disease risk in women, and adequate follow-up requires close collaboration of cardiologists/vascular specialists with obstetricians. Benefits for patients should take precedent, with a shift away from outdated ways of thinking.