This study aimed to evaluate the use of the PET radiotracer, F-sodium fluoride (18F-NaF) as a marker of vulnerable coronary plaque. 706 patients previously hospitalised with myocardial infarction were recruited to the trial, receiving a PET scan with 18F-NaF as a tracer. At two years, clinical follow-up was then performed through a repeat CTCA to assess the progression of coronary disease.

- Hi, I'm Dave Newby. I'm the British Heart Foundation Duke of Edinburgh Chair of Cardiology at the University of Edinburgh.

So the PRE18FFIR Study set out to really demonstrate that we could actually identify hot, inflamed atherosclerotic plaques without inserting any catheters into the body. We could do this with an imaging technique that can be done in routine clinical practise.

So the study design was an international prospective longitudinal cohort study. It was performed in three continents, four countries, nine centres. What we did was we recruited patients who'd had a heart attack, acute myocardial infarction, but also had multivessel disease. And what we did is we performed a sodium fluoride PET CT scan, and then we followed them up for an average four years, a minimum of two years, and we looked to see what the rates of death, heart attacks, revascularization were in these patients. And what we found is that, in the 704 patients who were recruited, that this imaging technique could identify the risk of patients going on to have recurrent myocardial infarction and cardiac death. And, indeed, it also predicted all-cause mortality.

We'd done previous studies demonstrating that sodium fluoride PET CT could identify the culprit plaque in patients who'd had a myocardial infarction. What we wanted to do is to prospectively evaluate it. So we'd previous data in around 300 patients in retrospective study that demonstrate there was an association with fatal and non-fatal heart attack. So the reason we did this study was to prospectively validate that finding and show, in a real-world population, with multiple different scanners in different hospitals across the world, that we can still use this technique and it continues to predict the risk of heart attacks.

Comparison to Other Imaging Methods

So to date, when people have been looking at high-risk plaque, they've used invasive techniques, intravascular techniques, like intravascular ultrasound and near infrared spectroscopy. And there has been some associations, particularly with revascularization events, with those techniques. But those techniques, you have to insert a catheter down each of the three coronary arteries, you have to do that during cardiac catheterization, so it's not very practical, and it's, certainly, you can't do it in everyone, and easily. So this technique you can do in anyone, it doesn't require you to instrument the coronary arteries. It's an external scan. And as I say, PET scanning is routinely available. We use it a lot every day in clinical practise for patients with cancer in oncology practise.

Limitations and Next Steps

Well, actually the trial wasn't, if I'm honest, particularly challenging, because I think what we demonstrated is that in centres that hadn't done cardiovascular PET imaging before, we could actually readily do this. And the tracer we use, sodium fluoride, is the simplest PET tracer we have. It's even simpler than FTG, which is used in oncology practise. So in a sense, it was challenging to get the notion across, but once we initiated that, we found that centres were actually very easily and readily able to actually do the imaging themselves. 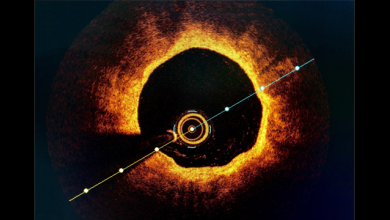 Optical Coherence Tomography For the Detection of the Vulnerable Plaque

Cardiovascular Risk Assessment and Primary Prevention in the Era of Plaque…

Advances in the Invasive Diagnosis and Treatment of Vulnerable Coronary… 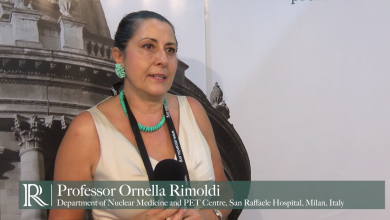 ESC 2016: PET versus cardiac MRI for diagnosis of myocardial ischaemia and…