Cardiac surgery is associated with a significant risk of morbidity and mortality. In the UK, over 30,000 patients per year undergo cardiac surgery, with a hospital mortality of approximately 2.5% for coronary artery bypass grafting (CABG). Other procedures, such as cardiac valve surgery, may have higher mortality rates. Cardiac surgery is also associated with major morbidities, such as stroke, myocardial infarction (MI) and malignant arrhythmia, with a quoted incidence of up to 22%. This defined degree of peri- and post-operative mortality and morbidity is related not only to the underlying pathology but also to the surgical procedures themselves.

The degree of morbidity differs markedly between individuals and relates to variables including surgery type and complexity and underlying patient pathology. A sensitive and specific test that either alone or in combination with existing risk assessment tools that could offer greater accuracy in the prediction of events such as death and major morbidity would be of considerable clinical value. Identification of patients who are at higher risk may allow better targeting of investigation, monitoring and treatment, ultimately leading to an improvement in patient outcome.

The myocardium can tolerate brief periods of severe, almost complete ischaemia without cardiomyocyte necrosis. However, ischaemic attacks of increasing severity and duration damage myocytes, pre-disposing the heart to a range of reperfusion-associated pathologies - reperfusion injuries. Re-perfusion injuries, which can occur with both CABG and valve repair/replacement, cause myocardial stunning and endothelial and microvascular injury. This results in vasoconstriction, activation of platelets and leukocytes and increased free radical production that ultimately leads to irreversible myocyte damage or necrosis. Excessive production of reactive oxygen radicals such as superoxide anions and hydroxyl radicals, produced within minutes of blood reflow into the heart, play a key role in the development of reperfusion injury. Reactive oxygen species (ROS) also damage lipid bilayers and quench nitric oxide (NO), exaggerating endothelial injury and microvasculature dysfunction.

Current scoring systems used clinically include the Parsonnet risk stratification scoring system devised in the US and the European equivalent, the EuroSCORE. The ability of these scoring systems to effectively predict post-operative complications is, however, questionable and no gold standard scoring system currently exists.

Scoring systems have been criticised for their statistical derivations, which are highly subjective and systematically overestimate mortality particularly in high-risk patients and underestimate mortality in low-risk patients. Furthermore, many of these assessment tools are not routinely used preoperatively due to the complexity, inaccuracy when applied to individuals, unavailability of important variables and/or time constraints. Some indices depend on clinical judgement, which introduces potential for wide variation based on experience and competence of the evaluating physicians. In addition, the Parsonnet score omits some fundamental risk factors, including number of diseased coronary artery vessels, urgency of operation and presence of chronic obstructive pulmonary disease (COPD).

Biochemical markers of myocardial injury play an essential role in the diagnosis, prognosis, risk assessment and therapeutic guidance of patients presenting with a spectrum of cardiac conditions. In patients undergoing cardiac surgery, the procedure itself is usually associated with increased levels of a whole variety of inflammatory and cardiac myocyte damage markers. In addition, many biochemical markers may already be deranged pre-operatively as a result of pre-existing pathology. The question is whether any of these observations can be usefully equated to diagnostic or prognostic information, and indeed whether such information provides additional information to that already provided by what is already known about the patient.

Two large studies have assessed the relationship between creatine kinase-MB isoenzyme (CK-MB) and outcome from CABG. Among 496 patients assigned to CABG in the Arterial Revascularization Therapies Study, an elevated post-operative CK-MB was observed in 62% of patients. Patients with elevated levels had a higher 30-day and one-year mortality, with the excess risk predominantly observed among patients with more than a five-fold increase. Likewise, CK-MB levels were an independent predictor of a composite end-point of major adverse cardiac events at one year. In 2,918 patients randomised to the CABG arm of the GUARD during Ischemia Against Necrosis (GUARDIAN) study, an elevated CK-MB ratio (peak CK-MB value/upper limit of normal for the local laboratory) was a strong independent predictor of six-month mortality. Once again the greatest risk was observed in patients who had a ratio >20 times normal.

Cardiac troponin I (cTnI) and T (cTnT) are highly sensitive and specific markers of myocardial damage and have evolved as the 'gold standard' for the diagnosis of MI in patients presenting with an acute coronary syndrome. Troponin measurement is routinely performed in many centres after cardiac surgery and is detectable in the majority of patients. The interpretation of such release is, however, complex because of the variety of potential underlying reasons, which can lead to diagnostic confusion. In contrast to the data pertaining to CK-MB, the studies assessing the prognostic utility of cardiac troponin levels after cardiac surgery have been relatively small with limited duration of follow-up. In a study of 224 consecutive patients undergoing a range of cardiac surgical procedures, Januzzi and colleagues have demonstrated that cardiac cTnT levels in the upper quintile were significant independent predictors of in-hospital complications. In this cohort, both cTnT levels taken immediately post-operatively and those assayed 18-24 hours after surgery were independently predictive of a complicated in-hospital course. They also demonstrated that cTnT levels were superior in this respect to measures of CK-MB.

Confusion still remains with regard to what constitutes a 'high-risk' troponin level and how to adjust for potential confounding variables such as the type of surgery performed, aortic cross-clamp time, and the timing of measurement. A recent study assessed the independent prognostic utility of cTnI in 1,365 patients undergoing cardiac surgery. The data showed that cTnI measured at 24 hours following surgery predicted all-cause mortality at 30 days, one year and three years, even after adjustment for other known variables such as EuroSCORE and operation complexity. Patients with cTnI in the highest quartile were particularly at risk.

The neurohormone B-type natriuretic peptide (BNP) and the related n-terminal pro-BNP (nt-ProBNP) are powerful indicators of left ventricular dysfunction. BNP is primarily released from the cardiac ventricles in response to myocyte stretch, stress and volume load and neurohormonal stimulation. Its main physiological roles are to maintain homeostasis and protect the cardiovascular and other systems from volume overload by promoting natriuresis, diuresis and vasodilation and to act as a natural antagonist for the sympathetic nervous system and renin-angiotensin-aldosterone system (RAAS).

Numerous studies have demonstrated the prognostic utility of BNP as a powerful independent predictor of mortality in patients with heart failure (HF) and identify patients at high risk of progressive ventricular hypertrophy, HF and death following MI. Variations in both nt-ProBNP and BNP levels are predictors of hospital readmission and six-month mortality in previously hospitalised HF patients. In cardiac surgery patients, recent studies have shown that increased levels of the natriuretic peptides, pre- and immediately post-coronary artery bypass, are predictive of subsequent cardiovascular complications. Elevated pre-operative plasma BNP levels are also powerful predictors of increased requirement of peri- and post-operative inotropic or mechanical cardiovascular support and prolonged intensive care unit (ICU) stay. The principle reason for this prognostic utility is likely to be the close relationship between natriuretic peptide levels and left ventricular filling pressure, a known determinant of outcome in such patients. Many studies are under way that are assessing the independent value of such measurements in patients undergoing cardiac surgery.

Coronary bypass induces a systemic inflammatory response by triggering the production and release of a multitude of inflammatory mediators including cytokines and various acute-phase proteins. High-sensitivity C-reactive protein (hsCRP) levels, when elevated in patients with ischaemic heart disease, are considered independent predictors of future cardiovascular events.

Cardiac surgery patients almost universally develop some degree of post-operative renal dysfunction ranging in severity from elevated urinary markers to dialysis-dependant acute renal failure (ARF). ARF is the most serious complication of coronary revascularisation and cardiopulmonary bypass, occurring in 1-5% of CABG patients and resulting in increased morbidity, mortality and length of hospital stay. Recent studies have shown that preoperative mild renal dysfunction is an important independent predictor of outcome in terms of inhospital mortality, morbidity and mid-term survival in CABG patients. Furthermore, creatinine clearance as a measure of glomerular filtration rate (GFR), when estimated by the Modification of Diet in Renal Disease (MDRD) equation, is a strong independent predictor of outcome following cardiac surgery. Measurement of cystatin C, a reliable blood marker of renal dysfunction with less interfering factors, may provide more definitive prognostic information in a number clinical patient groups including perioperative and critical care patients such as cardiac surgery patients.

A variety of pro- and anti-inflammatory cytokines have been implicated in the pathogenesis of many post-operative complications. The balance between these may be important in determining the extent of myocardial damage that predisposes post-operative complications and clinical outcome. Heat shock proteins (HSP) have been implicated as potential cytoprotective agents that may offer protection against ischaemia reperfusion injury. Ischaemic preconditioning prior to surgery may therefore be associated with improved outcomes.

Clearly cardiac surgery patients may present with dynamic deviations in the levels of a whole variety of cardiac biomarkers. This may be as a result of preoperative pathological status or as a result of the surgery and subsequent progress, including complications. The exact usefulness of measuring the levels of some of these markers needs to be assessed following adjustment for other known factors that are known to predict outcome. The next step would be to use such knowledge and assess whether outcomes can be modified in previously identified high-risk groups. 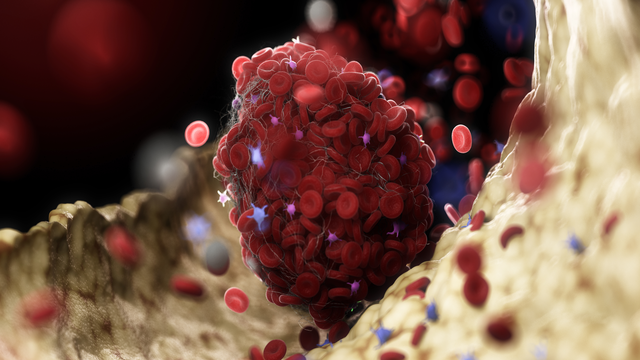