Adverse clinical consequences associated with conventional coronary artery bypass surgery (CCAB) have largely been attributed to cardiopulmonary bypass circuit (CPB), hypothermic cardiac arrest, aortic cannulation and cross-clamping. Consequently, there has been a growing interest in safer alternatives to CCAB including off-pump beating heart bypass surgery (OPCAB). Since the introduction of OPCAB for coronary artery disease numerous studies were published to evaluate the impact of OPCAB surgery compared with CCAB. However, subsequent prospective randomised studies and meta-analyses comparing OPCAB and CCAB surgery were performed on low-risk patients or mixed-risk populations. Due to underpowered design for infrequent complications they usually failed to demonstrate a significant benefit of OPCAB surgery on early mortality and perioperative major cardiac and cerebrovascular events. In recent years further efforts were made to elucidate the meaning of beating-heart concepts for patients with specific extracardiac and cardiac risk factors for extracorporeal circulation and cardioplegic arrest. In this article current study evidence on varying subsets of patients is summarised.

Patients with pre-operatively reduced left ventricular (LV) function are at higher risk of post-operative low-cardiac output syndrome requiring inotropic or mechanical circulatory support. OPCAB advocates assumed that, particularly in poor ventricles, the preservation of global native myocardial perfusion during OPCAB surgery would help to minimise peri-operative myocardial injury and, consequently, low cardiac output syndrome. In contrast, OPCAB antagonists expected an increased haemodynamic compromise during tilting these bad hearts leading to higher rate of OPCAB failure and conversion to heart lung machine operations. Concerning the latter it was recently shown that tilting the heart was comparably well tolerated in patients with reduced left ventricular function. In recent years several comparative studies on patients with reduced ejection fraction (EF) of 30-40% were published without reporting conversion rate in most of them. These studies demonstrated a trend towards lower peri-operative mortality for OPCAB compared with CCAB patients, but without reaching statistical significance. In a meta-analysis of nine studies and 3,223 patients with an EF of 30-40%, the 30-day mortality was 3.8% for OPCAB surgery and significantly lower than the 6.9% found for CCAB patients.

This analysis also revealed an OPCAB benefit concerning post-operative renal failure, blood transfusion requirement and peri-operative inotropic support. Some other surgeons reported a reduced stay on intensive care unit (ICU) because of lower ventilation time for OPCAB patients. During long-term follow-up no difference was found between OPCAB and CCAB. In the authors' centre a total of 364 patients with a severely reduced LVEF ≤20% were operated during a six-year study period. For these patients, significantly reduced peri-operative mortality and comparable long-term results were found.

Based on haemodynamic and functional considerations it is less reasonable to identify coronary left main stenosis as a special risk factor for OPCAB surgery. Nevertheless, only six non-controlled comparative studies, including a total of 1,126 left main patients, are published to date. In five of these, peri-operative mortality and long-term survival were comparable between OPCAB and CCAB surgery. One study demonstrated a peri-operative mortality of 1.9% for OPCAB that was significantly lower than the 6.4% found for CCAB patients. All of six studies revealed a lower rate of blood transfusion and peri-operative inotropic support. For OPCAB surgery a benefit concerning ventilation time and hospital stay was also reported.

Peri-operative mortality and morbidity in patients with acute coronary syndrome (ACS) requiring emergency operation within the first hours after admission is increased several-fold compared with elective coronary bypass surgery. Particularly in patients with acute coronary events, the preservation of native coronary perfusion and avoidance of ischaemic cardioplegic cardiac arrest could be helpful to reduce myocardial oedema, no-reflow phenomenon and myocardial necrosis. Thus, in the late 1990s, two small OPCAB series on patients with acute myocardial infarction (MI) were reported. Nevertheless, only a few non-randomised, retrospective OPCAB/CCAB studies on these challenging patients are available so far and data interpretation is limited because of varying definitions of emergency status. In most of these studies hospital mortality was comparable between OPCAB and conventional bypass surgery, although there was a trend to reduced mortality for OPCAB surgery.

Between January 2000 and September 2005 a total of 531 patients (374 CCAB and 157 OPCAB) with haemodynamically stable ACS were operated at the Heart Center Leipzig within 12 hours of onset of symptoms. Peri-operative mortality and major cardiac and cerebrovascular event rate, as well as long-term results, were comparable between both operative strategies. However, a benefit for OPCAB patients concerning post-operative inotropic support, drainage loss, re-exploration rate, blood transfusion rate, total ventilation time, stroke rate and ICU and hospital stay was demonstrated.

Several mono- and multicentre studies are currently available for patients with specific cardiac or extracardiac co-morbidities. Even if most of them were non-randomised and thus failed to reach American Heart Association (AHA)/American College of Cardiology (ACC) evidence level A, they still allow analysis of interim results for each specific peri-operative risk factor. Particularly multi-risk patients and patients with severely reduced left ventricular function seem to benefit in terms of peri-operative mortality and major morbidity by avoiding cardiopulmonary bypass and cardioplegic arrest. Moreover, for most patients with significant extracardiac risk factors the incidence or peri-operative stroke was reduced. In patients with pre-operative renal and pulmonary dysfunction a decrease of corresponding organ failure can be assumed for OPCAB strategy. For most risk populations, transfusion requirements were significantly lower in OPCAB compared with CCAB surgery. In none of the patient subsets an unfavourable early outcome of beating heart surgery compared with CCAB could be shown.

For emergency patients with ACS presenting stable and unstable haemodynamics a clinical benefit was found by using beating heart strategies. However, these patients seemed to profit by avoiding global cardiac ischaemia and maintaining native coronary blood flow. Follow-up results were comparable for these patients.

In conclusion, beating heart coronary artery bypass grafting seems to be advantageous in various risk populations and should be considered for patients with more than average risks for cardiopulmonary bypass and cardioplegic arrest.

Echocardiography in the Detection and Monitoring of Heart Failure
Read Article 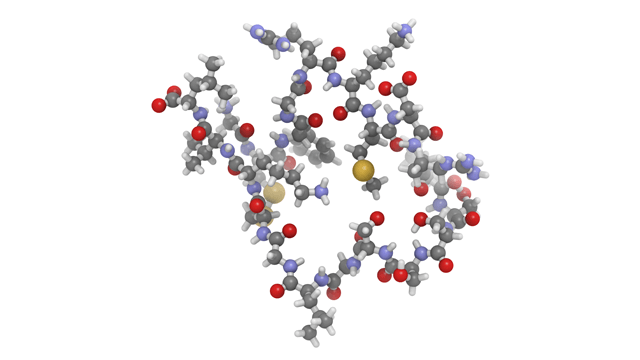