Radionuclide Imaging for Assessment of Patients with Atrial Fibrillation

Acknowledgements: The authors would like to thank Pamela McCabe for secretarial preparation of the manuscript.

A 47-year-old male truck driver with no previous history of heart disease presents for his annual Department of Transportation physical. He has noticed mild dyspnoea when climbing stairs but not with other activities of daily living. He denies chest discomfort, palpitations, orthopnoea, paroxysmal nocturnal dyspnoea or ankle oedema. His risk factors for coronary artery disease (CAD) include a prior history of cigarette smoking, having stopped 10 years ago. He does not drink alcohol and does not take any medications. A general physical examination reveals a middle-aged obese (body mass index [BMI] 32) male in no acute distress. His vital signs are as follows: blood pressure 138/88mmHg in the right arm while sitting; heart rate measured at the apex 140bpm, irregular; and lungs clear to auscultation. In terms of cardiovascular state, the jugular venous pressure is normal; the carotid upstrokes are normal without bruits; the peripheral pulses are normal; the apical impulse is not palpable in the supine position; there is no right ventricular lift; the intensity of the first heart sound is variable; the second heart sound is physiologically split; and there are no third or fourth heart sounds or murmurs. The abdomen is normal, other than obesity, and the extremities demonstrate no oedema. His laboratory data are as follows: total cholesterol 242mg/dl; high-density lipoprotein (HDL) cholesterol 32mg/dl; low-density lipoprotein (LDL) cholesterol 146mg/dl; triglycerides 320mg/dl; and glucose 107mg/dl. His electrocardiogram is shown in Figure 1.

The following questions arise: Would stress single-photon-emission computed tomography myocardial perfusion imaging (SPECT MPI) be helpful for the management of this patient? Should a SPECT study be performed for evaluation of possible underlying CAD? If a SPECT MPI study is performed, should the study be gated or ungated? Can a gated SPECT study in this patient provide a reliable measurement of left ventricular ejection fraction (LVEF)?

This case study illustrates the potentially useful but uncertain application of radionuclide imaging in the assessment of patients with atrial fibrillation.

Atrial fibrillation (AF) is a common arrhythmia. Currently, there are an estimated 2.2 million adults in the US with AF.1 The prevalence of AF increases with age and reaches 8% in octogenarians.2 Although AF can occur as an isolated entity (lone AF), in most patients AF is associated with some other form of cardiovascular disease. These associated conditions include CAD, hypertension, LV dysfunction (systolic and/or diastolic), valvular heart disease (especially mitral valve disease), pericardial disease (either acute or chronic), congenital heart disease (e.g. atrial septal defect) and pulmonary embolus. AF can also be associated with non-cardiovascular conditions, including drugs (alcohol), endocrine disorders (hyperthyroidism), changes in autonomic tone (increased parasympathetic or sympathetic activity), metastatic disease involving or adjacent to the atrium, pulmonary disease, post-operative status, neurogenic conditions (subarachnoid haemorrhage or non-haemorrhagic major stroke) and sleep apnoea. The American College of Cardiology (ACC)/American Heart Association (AHA)/European Society of Cardiology (ESC) Guidelines for the Management of Patients with AF recommend a comprehensive evaluation in patients presenting with AF3 (see Table 1). This assessment should include a thorough history and physical examination, electrocardiogram, transthoracic echocardiogram and blood tests to include assessment of thyroid, renal and hepatic function in all patients. Selected patients may require additional testing, which could include a six-minute walk test, exercise testing, Holter monitoring or event recording, transoesophageal echocardiogram, electrophysiological study and/or chest X-ray. According to these guidelines, exercise testing plays a modest role in the evaluation of these patients and should be performed specifically for assessment of adequacy of rate control (if in question), reproduction of exercise-induced AF (which is uncommon) or exclusion of ischaemia before treatment with a type 1C antiarrhythmic agent. The ACC/AHA/American Society of Nuclear Cardiology (ASNC) Guidelines for the Clinical Use of Cardiac Radionuclide Imaging do not address the specific use of radionuclide imaging for patients with AF.4 The ACC Foundation (ACCF)/ASNC Appropriateness Criteria for SPECT MPI document does address the use of SPECT MPI as part of the evaluation of an asymptomatic patient with new-onset AF for the purpose of detection of CAD.5 For a patient at low risk of CAD according to Framingham risk score, such as the patient described in the case study above (Framingham risk score = 7), this document rates the use of SPECT imaging as uncertain. For a patient at high Framingham CAD risk, this document rates the use of SPECT MPI as appropriate. The document does not address the specific clinical scenario of patients who are at moderate CAD risk.

There is a clearly recognised association between AF and CAD. Population-based studies have demonstrated that the presence of CAD is a risk factor for the development of AF. In the Framingham Heart Study, the 2-year age-adjusted incidence for chronic AF for patients with CAD was 8.9/1000 in men and 2.3/1000 in women.6 In the Manitoba Follow-Up Study, the age-adjusted relative hazard for developing AF was 3.62 with myocardial infarction, 2.84 with angina and 2.21 with electrocardiogram ST segment T-wave abnormalities in the absence of clinical evidence of CAD.7 Conversely, the presence of AF is associated with subsequent fatal and non-fatal ischaemic events. In a community-based study of 4,618 residents of Olmsted County, Minnesota with new-onset AF, 66% died during a mean follow-up of 5.3±5.0 years.8 The mortality rate was significantly (p<0.0001) higher compared with the age- and gender-matched general Minnesota population. CAD accounted for 22% of early (within first four months) and 15% of late (>4 months) cardiovascular deaths. In a subsequent study in a subset of 2,768 of these patients without a prior history of CAD, the risk of a new coronary ischaemic event was 4.7% during the first year of AF and 2.5% per year thereafter.9 The presence of AF was associated with additional risk for experiencing a CAD event beyond conventional risk prediction using the Framingham score in women but not in men.

Stress SPECT MPI is well established for diagnostic and prognostic purposes in general patient populations undergoing evaluation for CAD.4 Given the association between AF and CAD and the increased AF mortality risk summarised above, a limited number of studies have been performed evaluating the diagnostic and prognostic applications of SPECT MPI specifically in patients with AF.

Askew et al.14 examined the results of SPECT MPI in 374 asymptomatic patients with AF without any history of CAD. The study group was compared with a control population of age- and gender-matched patients without AF. The percentages of patients with abnormal SPECT studies were no different between patients with AF and those without (51.6 versus 48.4%; p=0.38).

The categorisation of studies according to the summed stress score (SSS) was also the same between those with and those without AF (see Figure 2). SPECT SSS was significantly associated with overall survival in both groups (see Figure 3). Although the Framingham risk score was not applied in this study, a previously validated clinical risk score that incorporates selected variables that are common to the Framingham score, including age and diabetes, was not predictive of high-risk SSS. The results of this study appear to challenge the ratings assigned to SPECT MPI for CAD detection in new-onset AF in the ACCF/ASNC Appropriateness Criteria document.5 Similar to previous studies, patients with AF had higher mortality (10-year mortality 47% versus 40% in the control group; p<0.001). In multivariable analysis after adjustment for clinical variables and the SPECT SSS, AF remained an independent predictor of survival (p=0.01).

Abidov et al.15 performed a study to examine the prognostic value of SPECT MPI in patients with AF. They identified 384 patients (2.4%) with AF in a database of 16,048 patients who were not treated with revascularisation within 60 days of SPECT MPI study and who had complete clinical follow-up data for assessment of cardiac death. In contrast to the study of Askew et al.,14 this study population contained patients who were symptomatic and/or had a prior history of CAD. The presence of AF was significantly associated with cardiac death (CD) across SPECT MPI categories (see Figure 4). By multivariable analysis, AF was an independent predictor of CD (p=0.001) after adjustment for clinical and nuclear cardiology variables.

Accurate measurement of LVEF in patients with AF is a highly relevant clinical issue, as the LVEF value is an important determinant of the need for anticoagulant therapy.3 Most guidelines and position statements acknowledge that techniques that rely on electrocardiogram gating for accurate quantification of LVEF require a fairly constant R-R interval.17–19 These documents recommend against using gated SPECT for measurement of LVEF in patients with AF. Nichols et al.20,21 performed experiments to assess the impact of AF on LVEF by simulating the effects of AF (by altering counts in selected R-wave intervals) at the time of image processing in patients with sinus rhythm. LVEF was quantitated using both Quantitative Gated SPECT™ (QGS) and Emory Cardiac Toolbox™ (ECT) software. Although the mean change in LVEF between sinus rhythm and simulated AF was very small (QGS 0±3%, ECT -1±7%), the maximum change in LVEF in individual patients was substantial (QGS -18%, ECT +28%). These investigators also found that myocardial wall thickening was more prone to error than wall motion or myocardial perfusion in the presence of AF.

As noted above, AF by itself may result in a reduction of resting and hyperaemic myocardial blood flow.16 The application of gating may further alter the perfusion data. Sciagra et al.22 acquired gated and non-gated SPECT images simultaneously in 44 patients with AF. When the summed difference score was categorised according to severity class (normal, mild, moderate, severe), the severity class category changed in 39% of patients between the gated and non-gated images.

A well-recognised association exists between AF and CAD. SPECT MPI can be useful for assessment of underlying CAD in patients with AF. The decision to employ SPECT MPI in an individual patient with AF should depend on the clinical characteristics of the patient that generally would warrant the use of a SPECT study and not on the presence of AF per se. The presence of AF by itself may reduce resting and hyperaemic coronary blood flow, potentially leading to more false-positive SPECT scans. Measurement of LVEF by gated SPECT may not be reliable in patients with AF and generally is not recommended. Gating may also influence the appearance of the perfusion images. Patients with AF who undergo SPECT MPI should have a non-gated study performed. National guidelines do not endorse SPECT imaging as part of the general evaluation of patients with AF. The ACCF/ASNC appropriateness criteria document considers SPECT MPI to be appropriate as part of the evaluation for detection of CAD in asymptomatic patients with new-onset AF (depending on Framingham risk score), but limited published data challenge this approach. 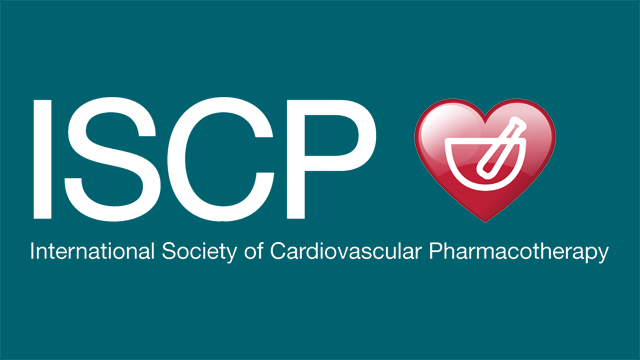