Diabetes mellitus (DM), characterised by chronic hyperglycaemia, is a rapidly growing worldwide health problem. The prevalence of DM has been estimated at 3% to 5% of Western populations. The incidence of DM is increasing and will more than double within 15 years, mainly due to adverse lifestyle changes with excess caloric intake and reduced physical activity, which in turn will lead to obesity, insulin resistance and, consequently, impaired glucose tolerance and type 2 DM.1,2 Worldwide incidence data also indicate an increase in type 1 DM.3

Type 2 DM accounts for over 80% of cases of DM and is a slow-onset, heterogenous disorder resulting from interactions between environmental factors and polygenetic inheritance.4 Impaired insulin secretion and reduced insulin sensitivity (insulin resistance in the liver, skeletal muscle and adipose tissue) are the main pathophysiological features responsible for development of the disease.5 Along with worsened glucose metabolism, impaired glucose tolerance (IGT) appears and results in an increase in postprandial hyperglycaemia.

A majority of patients with type 2 DM, as well as subjects with IGT, have signs of the metabolic syndrome (also called dysmetabolic syndrome, insulin resistance syndrome or syndrome X)6 - a cluster of phenotypes associated with a substantially increased risk for cardiovascular disease (CVD).7 Insulin resistance plays a central role in this syndrome. Other components are centripetal obesity, hypertension, dyslipidaemia (low high-density lipoprotein (HDL), high thyroglobulin (Tg), small dense oxidised low-density lipoprotein (LDL)) and endothelial dysfunction (microalbuminuria).8 Recently, a prothrombotic state, characterised by abnormalities in platelet function and elevated circulating levels of C-reactive protein (CRP), plasminogen activator inhibitor (PAI-1) and fibrinogen, has been recognised as a component of the metabolic syndrome.9

Microvascular complications (retinopathy, nephropathy and neuropathy) contribute importantly to the increased morbidity in DM as retinopathy and nephropathy are major causes of blindness and end-stage renal disease, respectively. However, the major cause of morbidity and mortality in DM is macrovascular complications. More than 75% of all diabetic patients die of CVD.10 Insulin resistance, IGT and overt type 2 DM are associated with an increased risk of CVD11 and patients with type 2 DM have a two- to four-fold increased risk of coronary artery disease and peripheral arterial disease and a three-fold increased risk of stroke compared with non-diabetic subjects.12

Diabetes also worsens in early and late outcomes in acute coronary syndromes and after coronary interventions.13-16 There is now consensus that patients with DM without previous myocardial infarction (MI) should be treated with multifactorial interventions against modifiable risk factors as aggressively as in non-diabetic individuals with a previous MI.10,17 Control of hypertension and hyperlipidaemia with more stringent target levels than those recommended for the general population, besides tight glycaemic control, is highly important to reduce the risk of CVD in DM. In the Steno-2 study, a target-driven, long-term, intensified intervention, comprising behaviour modification and polypharmacological therapy aimed at multiple risk factors in patients with type 2 DM and microalbuminuria, reduced the risk of cardiovascular and microvascular events by imposing targets of 50%.17

Premature, accelerated macrovascular disease occurs both in type 1 and type 2 DM. Recent epidemiological studies indicate that type 1 DM is as great a risk factor for cardiovascular mortality and stroke as type 2 DM and that these complications can also occur at a young age.18,19 Early detection and treatment of risk factors for CVD are also important achievements in type 1 diabetes.

Although DM is associated with a cluster of cardiovascular risk factors, the exact causes of the substantially increased risk of suffering CVD are not fully understood. The pathogenesis and high incidence of CVD in diabetes cannot only be explained by the co-existence of classic risk factors such as smoking, hypertension or dyslipidaemia, but can, at least in part, be explained by an enhanced tendency to thrombosis due to increased platelet activity.

The main physiological function of blood platelets is to maintain haemostasis by the initiation and formation of a haemostatic plug and by the secretion of various biologically active factors leading to the repair of vascular injuries; however, platelets may also cause vascular injury and tissue damage. This occurs by three basic principal mechanisms - triggering of acute arterial thrombosis, microembolisation of the capillaries and enhancing the local progression of vascular lesions;20 thus, platelet function is of significant pathophysiological importance in atherothrombotic disease.21 There is strong support for platelet dysfunction with platelet hyperactivity in both type 1 and type 2 DM.22-25

It may be hypothesised that platelets, acting in concert with the vascular endothelium, leukocytes and coagulation, play a key role in the development of diabetic angiopathy. A number of studies performed over the past few decades have documented several different platelet function alterations in patients with DM. Three main explanations for abnormal platelet function in DM have been proposed:

It has been reported that predominantly large platelets circulate in patients with DM - this has been considered to reflect an activated megakaryocyte-platelet system and increased platelet turnover.26-28 Larger and younger platelets are considered to be more reactive. The platelet size distribution (usually assessed as mean platelet volume (MPV)) correlates positively with the number of platelet glycoprotein receptors (GPIb and GPIIb/IIIa) on the platelet membrane, the thromboxane synthesising capacity and the platelet granule contents of various platelet specific proteins.27,29 An increased MPV has been shown to be an independent risk factor for myocardial infarction.30

Platelet hyperaggregability in response to glucose was recognised in 1965.33 An intake of 50g glucose increased 'platelet stickiness' to a glass surface in both glucose tolerant and diabetic subjects. Recent studies, using modern techniques such as flow cytometry, have confirmed the increased adhesiveness and aggregability of platelets from diabetic subjects showing enhanced activity of several platelet specific surface glycoprotein (GP) receptors. Increases in GPIIb/IIIa (fibrinogen receptor),29,34 GPIb-IX (von Willebrand factor receptor),29 GPIa/IIa (collagen receptor) and CD62 (P-selectin)34-37 have been observed in DM. Platelet receptor activation has been correlated to hyperglycaemia in both clinical37 and experimental studies.38 Impaired platelet membrane fluidity, due to glycation of proteins and to changes in lipid composition promoting platelet hyperactivity, have also been reported in DM.39

An early observation was that diabetic platelets exhibit enhanced arachidonic acid - thromboxane production. During platelet activation, arachidonic acid is cleaved from the platelet membrane and oxygenated by cyclooxygenase (COX) and the platelet stimulating endoperoxides prostaglandin G2 (PGG2) and PGH2 are formed. PGH2 is then converted to TxA2, a potent platelet activating and vasoconstricting agent. TxA2 production has been positively correlated with glucose levels and improved metabolic control has been shown to reduce TxA2 production in several studies.40-43 A lipid and arachidonate peroxidation marker (8-iso- PGF2alpha) has been correlated with TxA2 biosynthesis and has been suggested to be a link between glycaemic control, oxidative stress and platelet activation in diabetes.44

CD40 ligand (CD40L), a member of the TNF-alpha family, is also expressed on activated platelets in diabetes, indicating a link between haemostasis and inflammation.47 CD40L has been shown to induce the production and release of pro-inflammatory cytokines from vascular cells in the atheroma, to stabilise platelet-rich thrombi and to inhibit the re-endothelisation of injured vessels. Furthermore, it has been suggested that CD40L may play an important role in plaque instability and restenosis after percutaneous coronary intervention (PCI).48

In general, platelet hyperactivity has been shown to be more evident in diabetic patients with established vascular angiopathy. Since platelet alterations in diabetes in general are similar to those seen in non-diabetic patients with atherothrombotic disease, it is not fully clear whether these platelet abnormalities are due to diabetes per se or as a consequence of the vascular disease.

Loss of Anti-aggregatory Mechanisms in DM

The endothelial cells synthesise both platelet inhibiting and dilating substances, such as nitric oxide (NO) and prostaglandin I2 (PGI2) and platelet activating and constricting substances such as endothelin-1 and angiotensin II. In DM, there seems to be an imbalance between these two groups of compounds with an increased production of platelet activating and vasoconstricting substances. Platelet dysfunction in DM may not only derive from hyperfunction, but also loss of anti-aggregatory mechanisms. There are reports of decreased vascular synthesis49 of PGI2 and of decreased synthesis and release of NO.50-52

Platelet inhibition with aspirin is a cornerstone in the prevention and treatment of occlusive macrovascular arterial disease.53 Aspirin inhibits platelet aggregation through irreversible acetylation and inactivation of COX, resulting in blockade of TxA2 production.

Pooled data from subgroup analyses of patients with DM in secondary prevention trials 58 plus data from the Early Treatment Diabetic Retinopathy Study (ETDRS) (mixing primary and secondary prevention with aspirin 650mg/day)59 indicated that patients with DM benefit as much or more from aspirin treatment as non-diabetic patients. A recent meta-analysis failed to show a clear reduction of macrovascular events by antiplatelet therapy in diabetic patients (only 7% risk reduction in DM patients compared with 25% in other high-risk patients).53

The previously mentioned findings may reflect that platelets from patients with DM are less sensitive to the cardioprotective effects of aspirin.60 The mechanism behind this so-called 'aspirin resistance' is not known. Possible explanations for reduced aspirin efficacy in diabetic disease include increased platelet turnover (increased production of platelets with non-acetylated COX or/and or expression of COX-2 originating from megakaryocytes), upregulated inflammatory activity (inflammation-induced COX-2 expression in monocytes-macrophages as an additional source of endoperoxides and subsequently TxA2 formation)61,62 and hyperglycaemia (leading to glycosylated platelet membranes and/or increased production of thromboxane bypassing the COX step).63,64 Stress,65 hypercholesterolaemia66 and hypertension67 may also contribute to 'aspirin resistance' in patients with DM.

Another group of antiplatelet agents are the thienopyridines ticlopidine and clopidogrel. These agents inhibit platelet activation via blockade of an adenosine diphosphate (ADP) receptor (P2Y12). The receptor is coupled to inhibitory G-proteins and mediates ADP-induced release of Ca2+, inhibits adenylate cyclase and activates the GPIIb/IIIa receptor leading to platelet aggregation. There are limited data on the effectiveness of clopidogrel treatment in preventing macrovascular complications in DM (20% of the patients in the Clopidogrel versus Aspirin in Patients at Risk of Ischemic Events (CAPRIE) study had DM).68 Retrospective subgroup analyses of patients with DM and a history of atherothrombosis in the CAPRIE study found that clopidogrel (75mg) was more effective than aspirin (325mg) in reducing recurrent ischaemic events.69

Data from studies in acute coronary syndromes support the concept of platelet hyperreactivity in diabetic macroangiopathy. GPIIb/IIIa inhibitors are more effective in reducing cardiovascular complications in patients with DM than in non-diabetic patients.70 This may be explained by decreased fibrinogen binding due to glycation of platelet membrane proteins in DM71 and/or by blocking the hydrolysis and subsequent release of soluble CD40L from platelets72 as the biological activities of soluble CD40L can be retained by virtue of soluble CD40L to bind to GPIIb/IIIa.72

In summary, platelet abnormalities in DM can be explained by both increased intrinsic platelet activation and decreased influences of endogenous inhibitors of platelet function. These abnormalities, in close interaction with inflammation, endothelial dysfunction and coagulation, seem to contribute to the enhanced thrombotic potential in diabetes. Impaired metabolic control and vascular complications can enhance platelet activity in diabetes and may also contribute to reduced platelet sensitivity to aspirin treatment. 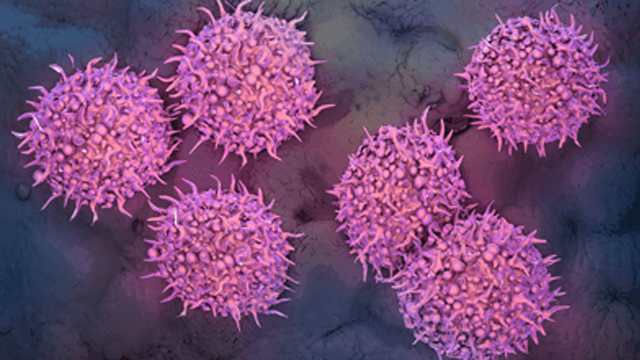