After having performed angioplasty in coronary and peripheral vascular disease with excellent results, carotid angioplasty was thought to be an opportunity to simplify the treatment of carotid stenosis. Up until then there was no apparent reason to protect patients against distal embolisation. With the development of carotid angioplasty and stenting, prevention of distal embolisation of arteriosclerotic debris and thrombus became a main focus of the intervention. Studies using transcranial Doppler proved that carotid stenting procedures were associated with a significantly higher incidence of debris dislodgment compared with surgical endarterectomy procedures.

To establish stenting as an alternative to surgery, various embolic protection devices have been developed over the last few years. The first device was described in 1990 by Theron.1 This was a triple coaxial catheter with a small latex balloon at the tip of a microcatheter. Nowadays there are three different types of devices available: filter devices, proximal occlusion devices and distal occlusion devices.

The invention and improvement of low-profile devices, together with the experience of the interventionalists, led to lower complication rates shown in several trials and clinical series. There has been little interest in conducting randomised trials to examine carotid stenting without embolic protection versus with embolic protection devices. Most physicians believe that the debris that can be seen in the filters is evidence enough. Another explanation is that the complication rate of carotid interventions without embolic protection devices is already low (less than 5%), which means a large number of procedures would be necessary to prove the benefit of these devices. During the endarterectomy versus angioplasty (EVA)-3S trial, the safety committee recommended stopping unprotected carotid angioplasty and stenting (CAS) because the 30-day rate of stroke was 3.9 (0.9–16.7) times higher than that of CAS with cerebral protection (4/15 versus 5/58).2,3

How Often Does Distal Embolisation Occur?

From animal experiments it is known that even small particles with a diameter of 100μm or less may cause severe damage. Whether or not embolisation results in a deficit depends on the vascular territory where the emboli go. Some areas of the brain have unknown or no obvious function. This explains why cerebral embolism often occurs without clinical consequences.8,9 Most recent data have confirmed that distal embolisation not only is a complication of carotid interventions, but is also common during saphenous vein graft interventions and acute myocardial infarction procedures. Currently, there are no data primarily observing the frequency of embolism during renal interventions. However, a publication by Al-Halmali et al. examined Doppler signals over the femoral arteries during iliac interventions and used the results of Doppler signals over the femoral arteries during renal interventions as the control group. Although the group of patients who underwent renal percutaneous transluminal angioplasty (PTA) were the control group and the number of embolic signals was significantly lower than in the group of patients who underwent iliac PTA, this small clinical study was able to show that a significant amount of debris is released during renal interventions, which could affect the renal circulation.10

Which Types of Embolic Protection Devices Are Available?

All filters except the Rubicon filter (Boston Scientific) and the newest generation Interceptor filter (Medtronic) are introduced through a delivery catheter that is introduced through the sheath. After opening the filter, the retrieval catheter is removed. The filter wire is used as a guidewire for balloon dilatation and stent implantation. The new Fibernet device (Lumen Biomedical), which is currently available only in a clinical trial, combines the advantages of occlusion and filter systems. It consists of a matrix of polyethylene terephthalate (PET) fibres, has a pore size of 40μ and, like the Rubicon filter, does not require a delivery sheath. During device removal, aspiration of debris is performed via the retrieval catheter.

With the use of distal occlusion devices, debris must be removed by aspiration before deflating the balloon. The new Triactiv system (Kensey Nash) is a new distal embolic protection system that combines active flushing and extraction to remove debris from the treated area. Proximal occlusion devices, the MO.MA device (Invatec) and the Gore Neuroprotection System (Gore) occlude the external and the common carotid artery with an occlusion balloon. Carotid angioplasty can be performed through the guiding catheter as usual. Similar to the distal occlusion devices, the debris must be aspirated before deflating the occlusion balloon after angioplasty.

Are There Alternative Medical Therapies?

Usually, when a stenosis is diagnosed aspirin or clopidogrel are prescribed to avoid thrombus formation on the arteriosclerotic plaque. Theoretically, glycoprotein (GP) IIb–IIIa inhibitors may be useful, but studies have shown that they increase the risk of cerebral bleeding during carotid procedures and did not show a reduction in adverse events during saphenous vein graft procedures.11,12

Does Embolic Protection Show a Benefit During Other Interventions?

The first embolic protection device that underwent testing in degenerated saphenous vein grafts was the PercuSurge GuardWire (Medtronic) in the Saphenous Vein Graft Angioplasty Free of Emboli, Randomized (SAFER) trial.13 There was a significant reduction in the 30-day major adverse cardiac events (MACE) rate (-42%) compared with procedures without protection. The FIRE trial compared the FilterWire filter devices (Boston Scientific) with the GuardWire (Medtronic) balloon occlusion devices during saphenous vein graft interventions. The devices proved to be equivalent concerning the peri-procedural risk (9.9 versus 11.6%, respectively).14

Some small studies with distal protection devices showed encouraging results in patients with acute myocardial infarction (MI) undergoing emergent percutaneous coronary intervention (PCI). The use of embolic protection devices prevented slow-flow, no-reflow and distal embolisation, as measured by improved myocardial perfusion by angiography and improved ST-segment elevation resolution after PCI. However, the data of randomised trials reported to date could not yet confirm clinical benefit.15 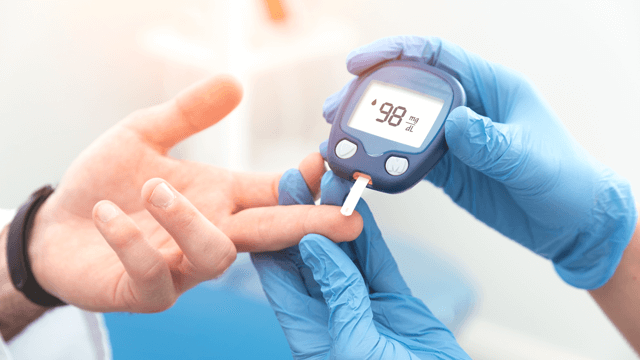