Dual antiplatelet therapy (DAPT) is integral to the management of coronary artery disease (CAD) but there remains uncertainty as to the optimal approach for balancing an individual’s risk of atherothrombotic events versus their risk of bleeding complications. A myriad of clinical trials have investigated how factors such as antiplatelet selection or duration of treatment can affect outcomes in both stable CAD and acute coronary syndromes. To aid clinicians in the challenge of applying trial findings to the circumstances of individual patients, the American College of Cardiology/American Heart Association and European Society of Cardiology have released focused updates on prescribing DAPT in CAD. While the two guidelines agree on many issues, there are some differences in the recommendations. This article highlights those differences and provides comment on their aetiology.

Antiplatelet therapy represents a key pharmacological pillar for the prevention of atherothrombotic events. Aspirin, the primogenial antiplatelet agent, has been shown to reduce the incidence of recurrent major adverse cardiovascular events (MACE) by approximately one-fifth.1 Dual antiplatelet therapy (DAPT), usually aspirin in combination with a P2Y12 inhibitor, provides greater platelet inhibition resulting in an incremental reduction in the risk of MACE but at the cost of an increased risk of major bleeding.

Prescribers are faced with the challenge of identifying where this risk:benefit ratio lies for each individual patient, and producing a tailored approach based on clinical presentation, management strategy and patient characteristics. To assist clinicians in the challenge of applying trial findings to the circumstances of individual patients, the American College of Cardiology/American Heart Association (ACC/AHA) and European Society of Cardiology (ESC) released focused updates on prescribing DAPT in coronary artery disease (CAD).2,3

To aid clinical decision-making, the updates provide helpful flowcharts that stratify patients according to presentation (stable CAD versus acute coronary syndrome [ACS]), management strategy (conservative versus interventional), and perceived bleeding risk. Differences between the two publications can be largely attributed to the 17 months between publications and, to a lesser extent, differences in the methodology for grading evidence, and the scope of each update. With no paradigm-shifting publications in this intervening period, it is unlikely that following one set of recommendations would lead to substantially different patient outcomes compared with the other.

The two guidelines generally agree on the two key issues faced by clinicians: the selection and the duration of P2Y12 inhibition. In broad terms, prasugrel and ticagrelor are recommended for those at higher risk of ischaemic events (ACS compared with CAD) given that pharmacokinetic factors result in greater platelet inhibition compared with clopidogrel.4 The standard duration of DAPT for patients with ACS is ≥12 months, and ≥6 months for those with CAD undergoing intervention. These durations may be lengthened or shortened depending on perceived ischaemic or bleeding risk, and the decision-making behind such decisions is a major focus of the two updates.

The ACC/AHA update includes a list of clinical and procedural factors associated with increased ischaemic risk, increased risk of stent thrombosis and increased bleeding risk, but acknowledges that many patients will have risk factors across categories and hence identifying where the balance lies for each individual remains challenging. Both updates present the DAPT score as a tool for assessing the risk:benefit ratio of >12 months DAPT after percutaneous coronary intervention (PCI).5,6

The DAPT score can be used after the completion of 12 months of uneventful DAPT after PCI (i.e. those free from repeat ischaemic events or moderate/severe bleeding) and is calculated by summation of points attributed to nine variables, as follows.6 For the first variable, age, the score awards −2 points for age ≥75 years, −1 point for age 65 to <75 years and 0 points for age <65 years; it then awards 1 point each for current cigarette smoker; diabetes; MI at presentation; prior PCI or MI; paclitaxel-eluting stent; and stent diameter <3 mm; and then 2 points each for congestive heart failure or left ventricular ejection fraction <30%; and vein graft stent. The score ranges from −2 to 10 points, with a score ≥2 indicating longer DAPT, and a score <2 indicating standard DAPT.6

The later publication date for the ESC update enabled it to also include the Predicting Bleeding Complication in Patients Undergoing Stent Implantation and Subsequent Dual Antiplatelet Therapy (PRECISE-DAPT) score, which uses five patient-derived variables (haemoglobin; white blood cell count; age; creatinine clearance; and prior bleeding) to determine whether shorter (3–6 months) or standard/longer (12–24 months) DAPT may be beneficial after PCI based on bleeding risk.7 This score uses a nomogram to provide a decision-making cut-off regarding shorter or standard/longer DAPT. Although it is more challenging to calculate manually (available at http://www.precisedaptscore.com), it does have the advantage that it is performed at the time of coronary stenting, rather than after 12 months of DAPT. Decisions regarding the duration of DAPT therefore do not rely on assessments at follow-up appointments, which may not always occur in a timely manner. Crucially, neither the DAPT nor the PRECISE-DAPT scores have been tested in prospective randomised controlled trials (RCTs), and many of the RCTs comparing the different durations of DAPT have wide non-inferiority margins and low rates of ischaemic events. Consequently, most recommendations for the duration of DAPT are graded as class II (i.e. a particular duration should ‘be considered’ or ‘is reasonable’), highlighting the lack of conclusive evidence.

Gastrointestinal (GI) bleeding represents the most common serious bleeding complication from long-term antiplatelet therapy, and so co-prescription of proton pump inhibitors (PPIs) is recommended.8 The ACC/AHA recommends PPIs only for those at risk of bleeding (prior GI bleeding, advanced age and concomitant use of warfarin, steroids or non-steroidal anti-inflammatory drugs), whereas the ESC recommends PPIs for all prescribed DAPT. The difference in the recommendations is due to their respective interpretation of a large clinical trial that demonstrated a pharmacokinetic interaction between clopidogrel and omeprazole, but without an impact on cardiovascular events.9 However, given the known cytochrome pharmacokinetic interaction, it remains prudent to avoid co-prescription of clopidogrel with omeprazole/esomeprazole if possible.4 No such interaction has been identified between PPIs and prasugrel or ticagrelor.

The personalisation of antiplatelet therapy based on platelet function testing has been an aspiration following observations that high and low platelet reactivity while prescribed P2Y12 inhibitors predicts ischaemic and bleeding risk, respectively.10 Despite significant progresses in understanding the aetiology of poor response to antiplatelet agents,11,12 the updates are unable to make recommendations following neutral results from RCTs using platelet function-guided therapy, and a lack of RCTs investigating genome-led strategies.13–15

Since publication of the two guidelines, several studies investigating antiplatelet de-escalation (usually from prasugrel or ticagrelor to clopidogrel) have been reported. The 2018 ESC guidelines on myocardial revascularisation state that de-escalation based on platelet function testing may be considered as an alternative to 12 months of potent platelet inhibition, for which bleeding risk is high.16 However, it refers back to a 2017 consensus statement, which, although offering advice regarding drug dose/timings when switching, does not provide any practical advice on patient selection for the use of platelet function testing.17 This uncertainty around the clinical utility of platelet function testing and the efficacy of antiplatelet de-escalation is reflected in a recent meta-analysis highlighting that although de-escalation from ticagrelor to clopidogrel commonly occurs in real-world practice, the profile of patients suitable for de-escalation, the impact of de-escalation on adverse clinical outcomes, and how this is affected by the timing after index ACS warrant further large-scale investigation.18

Combination of antiplatelet therapy and anti-thrombotic therapy is increasingly indicated given that AF and CAD commonly co-exist, and this adds additional complexity to the risk:benefit assessment.19,20 This topic lies outside the scope of the ACC/AHA update, and although recommendations were made by the ESC update this has largely been superseded by a recent European consensus document that recommends use of the CHA2DS2-VASc and HAS-BLED scores when assessing risk:benefit ratio in AF, and a general preference for prescribing clopidogrel rather than prasugrel or ticagrelor.21 In individuals with high atherothrombotic risk and low bleeding risk, triple therapy (aspirin, clopidogrel and oral anticoagulant) can be prescribed for up to 6 months, with dual therapy (clopidogrel plus oral anticoagulant) continued for up to 12 months after PCI. When there are concerns about high bleeding risk, the duration of triple therapy can be shortened to 1 month or removed altogether. In all cases, once 12 months of dual therapy has been completed, individuals can continue oral anticoagulant as monotherapy.21

The evidence base for antiplatelet therapy continues to develop; and recently published or ongoing studies investigating the routine use of anticoagulants, aspirin dosing regimens, P2Y12 monotherapy, direct prasugrel versus ticagrelor comparisons, and switching between P2Y12 inhibitors will all inform future updates and continue the push towards personalised medicine as our understanding of individual risk:benefit ratio evolves. 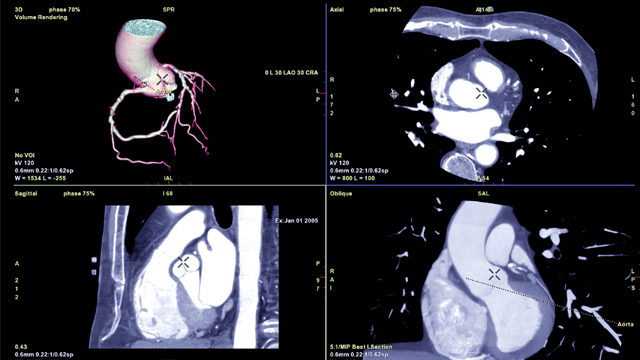 Rhythm Control in AF: Have We Reached the Last Frontier?
Read Article