Innovative technologies are being developed to make current ablation procedures safer and easier. Sometimes conventional ablation catheters cannot easily adapt to anatomical targets, making radiofrequency applications challenging, time consuming or even ineffective. The Cool Flex is a novel, flexible and fully-irrigated tip catheter with an innovative design and various angular orientations to better adapt the ablation tip to the surrounding tissue. Here, peliminary experience with this new ablation catheter is reported in the treatment of different tachyarrhythmias, including slow and accessory pathway ablation, cavotricuspid isthmus-dependent atrial flutter and atrial fibrillation. One or two radiofreqency applications may be sufficient to eliminate the arrhythmogenic substrate in most patients without complications.

Disclosure: Carlo Pappone has served as consultant for St Jude Medical. The remaining authors have no conflicts of interest to declare.

Traditionally, radiofrequency (RF) catheter ablation is performed using a rigid single-tip, point-by-point technique, which is often time consuming and requires a high degree of operator skill.1–8 A significant number of complications may be associated with rigid irrigated-tip catheters, including but not limited to thromboembolism, pulmonary vein stenosis and atrio-oesophageal fistulae.1–3 Consequently, innovative technologies are being developed to make the catheter ablation of atrial fibrillation safer and easier.

To this end, flexible catheter technology may offer a promising approach, since it is relatively easy to use. It is well-known that conventional tip-irrigated catheters, being rigid, cannot always adapt to anatomical targets due to the limited contact area. This makes RF applications challenging, time consuming or even ineffective. The Cool Flex (St Jude Medical, St Paul, MN) is a novel, flexible and fully-irrigated tip catheter with an innovative design. It can be used in a parallel, perpendicular or angular orientation to better adapt the ablation catheter tip with the surrounding tissue (see Figure 1). In addition to flexibility, the laser-cut design permits fluid to be infused around the whole catheter tip ablation electrode. The catheter deflects up to 20º with 20g of pressure.

Compared with conventional rigid-tip catheters, the Cool Flex catheter is able to better adapt to a greater range of cardiac tissue anatomy using different angles of approach. This ultimately makes RF application more effective and safer. The unique, laser-cut electrode tip of the Therapy Cool Flex catheter has been designed to provide optimal irrigation flow over the entire tip for improved cooling compared to conventional irrigated catheter designs. The catheter electrode features irrigation slits arranged in a zigzag pattern. Four ports at the distal end of the tip to allow irrigation to flow around the surface area. In addition to this, the effect of the catheter tip bending and conforming to the tissue opens the irrigation slits on the side of the catheter tip facing the tissue. Therefore, saline flows directly to the area where it is most required – the interface where the catheter tip meets the tissue.

The present case series evaluates the feasibility and efficiency of this newly available Cool Flex catheter for RF ablation in the treatment of different supraventricular tachyarrhythmias.

Between January and July 2010, a total of 15 patients underwent catheter ablation using the Cool Flex fully-irrigated tip catheter. These patients had supraventricular tachycardias including:

All patients gave written informed consent for electrophysiological study and catheter ablation, both of which were performed during a fasting state.

Anatomical targets were successfully ablated in all cases; in most patients by a single RF application with drag lesions. There were no complications (including steam pops and char formation) in any of the patients. Here are four examples of the results using Cool Flex catheter ablation in the treatment of different tachyarrhythmias.

Supraventricular tachycardia was induced with atrial and ventricular pacing and preceded by a sudden prolongation (jump) of the AH interval. The tip of the Cool Flex ablation catheter was positioned in the posterior right atrial septum near the upper aspect of the coronary sinus ostium using fluoroscopy (slow pathway ablation).

The ablation electrode was stabilised at a target site that was associated with a fractionated, multicomponent atrial electrogram. RF energy was delivered using a RF generator with an automatic temperature feedback control set to a maximum power of 50W and a maximum temperature of 36°C for a duration of 60 seconds at most. The endpoint for ablation was either complete elimination or modification of slow pathway conduction and non-inducibility.

Two RF applications (maximum of 40W for 25 seconds at 35°C) near the coronary sinus ostium resulted in an accelerated junctional rhythm (see Figure 2). Energy delivery was terminated if ventriculoatrial conduction block was observed during the junctional rhythm. Programmed stimulation was repeated after the ablation procedure with and without isoproterenol infusion. Sheaths were removed immediately after the procedure.

There were no acute complications and recurrent tachycardia did not occur during follow-up. After RF application, programmed atrial stimulation did not induce any arrhythmia for up to 30 minutes. An effective AV nodal refractory period was found at a coupling interval of 300ms without a change of AH interval. Six months after the procedure, there were no recurrences.

A 72-year-old woman affected by arterial hypertension and Wolff- Parkinson-White syndrome was referred for electrophysiological study and contextual catheter ablation of an accessory pathway. She had suffered from palpitations due to recurrent episodes of supraventricular tachycardia that had become more frequent and sustained in recent months.

At admission, her physical examination was unremarkable and transthoracic echocardiography showed mild regurgitation of mitral and tricuspid valves, with normal function of a recently-implanted biological aortic prosthesis. Baseline ECG showed mild ventricular pre-excitation with negative delta wave in DIII and aVF, consistent with a postero-septal accessory pathway location. Due to the presence of the aortic biological prosthesis, left atrial access was obtained through a transeptal puncture. Electrophysiological Cool Flex ablation/mapping catheter was positioned along the posterior mitral annulus where it recorded a sharp potential (Kent potential) between the atrial and ventricular electrograms (see Figure 3). Two RF applications (each at a maximum of 30W for 30 seconds) at this site resulted in sudden loss of pre-excitation (see Figure 4). There was also the disappearance of antegrade and retrograde conduction over the Kent bundle for up to 30 minutes.

A 47-year-old man was referred for catheter ablation of the cavotricuspid isthmus (CTI) after many years of drug-refractory typical atrial flutter. A Livewire Duo-Decapolar catheter was placed inside the right atrium to map right-atrial lateral wall activation during coronary sinus pacing.

Since electrophysiological study showed a typical counterclockwise CTI-dependent atrial flutter, the patient underwent ablation of the CTI. The Cool Flex 4mm catheter was placed on the CTI in the septal aspect using fluoroscopy. RF applications were delivered point-by-point to create the ablation line. The end-point of the procedure was achievement of bidirectional isthmus conduction block.

A single RF application by the Cool Flex catheter lasting 46 seconds resulted in CTI block (see Figures 5 and 6) as verified during coronary sinus pacing. Further RF application was delivered in order to obtain the complete disappearance of potentials on the ablation line.

The total procedure time was about 40 minutes and there were no complications. The patient was monitored for 30 minutes and the CTI block persisted, as validated by pacing from coronary sinus and the first dipole of the Duo-Decapolar catheter (see Figure 7). The patient went well for up to seven months after ablation.

In a power-controlled mode fixed at 30W, energy was delivered while the tip of the catheter was irrigated using 0.9% saline infusion at a rate of 2ml/minute during mapping and up to 20ml/minute during RF applications if necessary. Individual RF delivery was applied for 15 seconds up to atrial potential elimination. It was repeated if necessary up to a maximum of 30 seconds. After ablation, the catheter was moved to the next site along the line. This was continued until ablation of the standard set of lesions was complete.

In the posterior wall the energy power was lower (20W) and RF applications were shorter (maximum of 10 seconds) to avoid potential oesophageal damage during ablation. Characteristically, RF application resulted in rapid and complete atrial potential elimination, regardless of the anatomical targets (see Figures 8 and 9). Challenging areas, such as right pulmonary veins and the ridge between left pulmonary veins, were successfully ablated without residual potentials and without complication.

There were no acute complications or steam pops. No charring was observed on the catheter tip after careful inspection. The total procedure time was 20 minutes.

A marked rise in serum creatine phosphokinase and troponin T levels were documented up to 24 hours after ablation. Within the first three weeks after ablation, the patient experienced frequent episodes of non-sustained atrial fibrillation. However, this was a transient phenomenon as no further recurrences occurred up to six months of follow-up.

Successful and safe catheter ablation of arrhythmogenic substrates requires stable positioning of the ablation catheter near to the ablation targets. These targets are the triangle of Koch for slow pathway, CTI for typical atrial flutter and complex anatomical structures for atrial fibrillation.

Conventional irrigated catheter designs can make it difficult and/or time consuming to stably position rigid-tip electrodes towards large and complex ablation targets, particularly for patients undergoing atrial fibrillation ablation. The low number of RF applications required in the cases presented here in patients with different and complex tachyarrhythmias including, but not limited to, atrial fibrillation suggest that this novel catheter can potentially improve the safety and efficacy of all cardiac ablation procedures. There were no acute complications including steam pops or charring on the catheter tip.

Utilising the Cool Flex catheter for slow pathway ablation appears to be a rapid and safe option. It allowed the clinician to rapidly engage a larger surface area by a complete flexion upon the desired target, limiting the temperature increase at the catheter–tissue interface.

In patients with atrial fibrillation, atrial potential elimination was rapidly, safely and effectively achieved in all cases regardless of the anatomical areas. The innovative catheter design was able to accommodate different and complex anatomical structures, ensuring efficient cooling of the tip and energy delivery. Indeed, challenging areas during atrial fibrillation ablation were rapidly and effectively targeted by more controlled and shorter RF applications using various angles of approach. It is the authors’ opinion, however, that despite few RF applications ablation of atrial fibrillation substrate by Cool Flex catheter may result in deeper and larger lesions. These increase myocardial damage, as suggested by a marked rise in creatine phosphokinase levels.

Preliminary experience is that this catheter was successful in all cases and most ablation targets, particularly in patients with accessory pathways or atrial flutter. This was achieved after a single RF application in most cases, greatly limiting the potential scar formation due to several ineffective RF applications. Application was easy due to large tip flexion upon the endocardial wall. This can engage a larger surface area, greatly improving contact stability and optimising RF energy application to the tissue while decreasing catheter-induced mechanical stress. It is the authors’ opinion that the improved cooling capabilities of this catheter are useful for limiting the risk factors associated with RF energy application, such as blood coagulation, char formation and steam pops. It is conceivable that the new flexible fully-irrigated tip catheter may be used routinely in the electrophysiology laboratory, particularly in patients undergoing catheter ablation of atrial fibrillation. 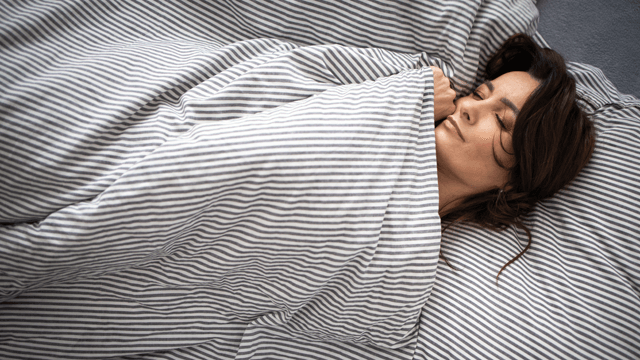 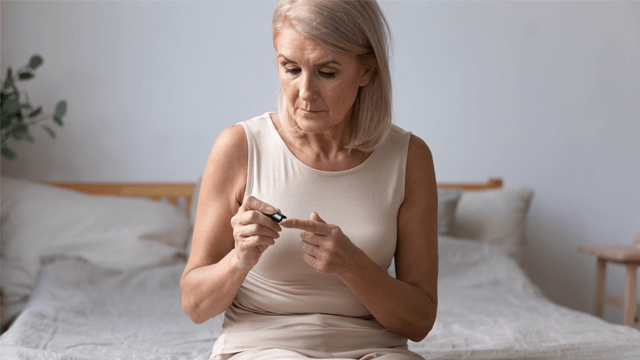