Precise analysis of stroke subtypes is important for clinical treatment decisions and prognostic evaluation of patients leading to adapted individual patient management. Cardiogenic stroke represents a major part with approximately one-third of all ischaemic strokes, but evaluation is not as simple as could be expected. This is reflected by new classification systems like the Atherosclerosis, Small Vessel Disease, Cardiac Origin and Other Causes (ASCO) score, which permits a more comprehensive evaluation of people who have had a stroke. They allow better presentation of concomitant stroke aetiologies that influence primary management and secondary prophylaxis in cardiogenic stroke patients. Careful analysis of different ischaemic stroke patterns as well as demonstration of either symptomatic or asymptomatic previous ischaemic stroke and/or intracerebral bleedings on magnetic resonance imaging (MRI) is essential for adequate interpretation and best individual choice of antiplatelet/anticoagulation treatment. As a consequence, all people who have had a stroke should undergo a complete stroke work-up, even if a cardioembolic source like atrial fibrillation might be easily detected initially. Future aspects will address the increasing numbers of old people with both neurodegenerative, vascular and cardiac diseases with mutual interference of treatment and prevention regimens.

This classification has become increasingly popular and has been used not only in other clinical trials but also in daily practice despite significant amelioration achieved with neuroimaging and other diagnostic tools as well as refined knowledge about pathophysiology and management of hyperacute stroke during the last two decades.

Three major critical points have emerged over the years considering the acquisitions in stroke research.

Two new classification systems of ischaemic stroke have been developed recently to address these problems. With the aim of a more comprehensive characterisation of stroke patients, a phenotypic Atherosclerosis, Small Vessel Disease, Cardiac Origin and Other Causes (ASCO) classification has been proposed.5,6 The principal aetiologies are similar to those used in TOAST, but a more precise grading in three stages has been defined reflecting ‘definitely a potential cause of the index stroke’ (= grade 1), ‘causality uncertain’ (= grade 2) or ‘unlikely the direct cause of the index stroke but presence of the disease’ (= grade 3) (see Table 1B). Compared with TOAST, an ‘undetermined’ category was rejected and concomitant diseases are listed according to their level of evidence.

In a first series of 100 people consecutively admitted to our stroke unit with acute ischaemic stroke, about 30% stayed undetermined with TOAST, whereas 96% were classified in at least one category with ASCO considering all grades of causality, reflecting the additional acquired information. Figure 1 illustrates these results with some exemplar cases. The Causative Classification System of Stroke (CCSS)7 is a computerised version of TOAST that integrates specific features from magnetic resonance imaging (MRI) studies to establish a more precise and valuable link between stroke features and aetiological classification of a patient.

Cardiogenic stroke represents approximately 20–30% of all ischaemic strokes.8,9 It generally appears more severe than other subtypes and has a worse outcome.10,11 This might be explained by occlusion of larger proximal vessels, implicating a territorial infarction with the consecutive clinical syndrome. Besides a territorial infarction, simultaneous acute ischaemic lesions in different vascular territories and posterior circulation infarctions,12 which can be easily detected on MRI, are considered to be characteristic of cardioembolic strokes.

Early recanalisation rates and response to intravenous thrombolysis are typical for the cardioembolic stroke subtype as well as frequent secondary haemorrhagic transformation,13 which can lead to consecutive clinical worsening.14 This is even more important since cardioembolic stroke occurs in older patients with less potential of rehabilitation.

Besides these clinical aspects, the aetiological differentiation of cardiogenic stroke has become more complex. Considering the TOAST classification, classification of CE appears to be straightforward, e.g. in the presence of a patent foramen ovale (PFO) or AF a cardiogenic stroke might be diagnosed. This can be misleading, as is illustrated by the following points.

While bi-hemispheric cortical ischaemic lesions in the presence of AF support the strong aetiological link in a patient with a corresponding clinical syndrome (e.g. aphasia and contralateral hemiparesis),15 a lacunar syndrome (e.g. pure motor hemiparesis) is inconsistent with CE despite AF in the presence of SVD (e.g. diffuse white matter lesions and subcortical small infarcts). While the former patient will benefit from anticoagulation, the latter will need an antiplatelet agent and has a higher haemorrhagic risk when put on anticoagulants in addition.

The role of a PFO in ischaemic stroke remains unclear. Although the pathophysiological mechanism of paradoxical embolism is well known, the risk of recurrent strokes is low and does not seem to benefit from interventional or medical treatment.16 Preliminary data from a prospective, multicentre, randomised controlled trial have been presented recently.17 Even in association with an atrial septum aneurysm (ASA) the risk of recurrent stroke remains low and major complications as well as a higher incidence of AF in the device group counterbalance any potential benefits.18 Correspondingly, the presence of an isolated PFO gets only grade 3 with ASCO, and its association with an ASA is graded as 2 (see Table 1B). With increasing interest and efforts in the diagnosis of paroxysmal AF and increasing incidence of AF in an ageing population, potential co-mechanisms from cardiogenic sources may overlap with large and small cerebrovascular diseases. This aspect has been ignored for a long time.

Cardiogenic Stroke and Concomitant Aetiologies – Relevance of the ASCO Score

In our series of 100 consecutive acute ischaemic stroke patients admitted to our stroke unit, 28% were classified as CE using TOAST; they were also classified as CE grade 1 using the ASCO classification. However, using the ASCO score, 90% of these ‘C1’ patients got scores for additional aetiologies: 23% had additional LAD, 30% SVD and 45% both LAD and SVD. Even if these were not grade 1 aetiologies in most cases, the information provided does influence prophylactic treatment and management of the patient, as stroke recurrence may be due to different conditions.19

The clinical and therapeutic relevance of such conditions, especially concomitant grade 1 aetiologies, should be illustrated via the following two cases.

This patient might have been misclassified as an isolated CE stroke – at times when TOAST was developed – if work-up had been stopped at the stage of a cerebral computed tomography (CT) scan (where the small watershed infarctions might have been missed) and ECG confirming AF. With the current complete stroke work-up a severe symptomatic LAD was detected (which is an indication for carotid endarterectomy), while the clinically asymptomatic left hemispheric lesion is explained as a lacunar stroke from severe SVD, as evidenced on MRI. In this patient, AF is coincident but not responsible for the index stroke while the benefit/risk ratio for (primary preventative) anticoagulation is uncertain. The patient was classified A1-S1-C1-O0 (but would have been claimed ‘undetermined’ according to the TOAST system).

The consideration of these different DWI patterns, which can help to orientate towards the most probable aetiology, is also integrated into the algorithm of the above-mentioned CCSS.

A 39-year-old man presented with right hemispheric territorial middle cerebral artery (MCA) stroke (see Figure 3). A cardioembolic mechanism was assumed and transoesophageal echocardiography (TOE) revealed a PFO grade 3 with ASA. Full work-up including additional T1-saturated MRI series confirmed a carotid dissection as the responsible origin of stroke in a young adult. This patient was classified A0-S0-C2-O1 and further treatment was medical with antiplatelet agents rather than anticoagulants or cardio-interventional management. ‘Undetermined’ in TOAST is the frequent misclassification of cerebrovascular dissection and PFO, particularly in patients with acute stroke in early age and a co-existing history of migraine attacks.20–23

The Need for Transoesophageal Echocardiography

As cardioembolic stroke accounts for at least one-third of ischaemic strokes and is a co-existent source in many others, a careful cardiac evaluation is an integral part of a complete stroke work-up. In a recent study with about 1,000 subjects the feasibility of TOE and its utility in stroke patients was investigated. Cardioembolic sources were detected in 47% of the investigated patients: 40% of the baseline undetermined strokes were classified as cardioembolic, and 29% of lacunar, 42% of large artery and 30% of other determined-cause strokes were reclassified as concurrent aetiology,24 supporting on one hand the relevance of cardioembolic stroke and on the other hand the high incidence of concomitant aetiologies. Additional tools like the bubbles test for a right-to-left shunt25,26 and high-intensity transient signal (HITS) monitoring27 might be helpful for further differentiation.

Atrial Fibrillation but no Cardioembolism?

As stated above, the detection of a cardioembolic source as AF may not be the point to break-up the diagnostic work-up of a stroke patient. Besides full cardiac evaluation, the status of the extra- and intracranial vessels should be assessed to detect a potential concomitant or even competing aetiology, e.g. a symptomatic ICA stenosis in the presence of AF. Especially in such situations, extensive cerebral imaging including MRI might help to differentiate the most probable aetiological mechanism.

Correspondingly, lacunar lesions primarily due to SVD might occur in patients with AF and the pathophysiological mechanism of the index stroke would be due to SVD rather than AF. Since these patients have a higher risk of developing spontaneous intracerebral bleeding, they should be monitored more carefully when treated with an anticoagulant in the presence of AF and eventually might benefit from antiplatelet agents rather than anticoagulation. In one study the hypothesis of multiple lacunar lesions due to SVD has even been postulated,28 and further randomised controlled trials are being conducted at present.

Cardioembolism but no Atrial Fibrillation?

In patients with multiple ischaemic lesions in different cortical territories a cardioembolic mechanism seems probable. These patients should get an extensive cardiac work-up, maybe with repeated 72-hour Holter ECG monitoring to detect a potential arrhythmia, which would implicate anticoagulation rather than antiaggregant therapy. The latter would be appropriate in patients with severe aortic arch atherosclerosis, however.

With the emergence of new stroke classification systems like ASCO, the characterisation of patients becomes more precise and comprehensive, permitting more individually adapted secondary prophylaxis as well as treatment of potential risk factors for ischaemic stroke. With the development of new antiaggregant and anticoagulant drugs such as dabigatran,29 the decision as to which medication should be used becomes even more complicated and more experience regarding the long-term risk of complications as well as stroke recurrence must be acquired.

Besides the secondary prophylaxis of ischaemic stroke, the primary adequate treatment of AF as the major cardioembolic source seems to have additional consequences on neurological prognosis: a recent study suggested that AF was independently associated with all forms of dementia. This association was independent of the strong association of age and dementia and patients seemed to benefit from interventional pulmonary vein ablation.30 If this should be confirmed by future studies, adequate treatment of AF might become of importance not only for prevention of cerebrovascular events but also for prevention of cognitive decline and dementia, an important topic in an ageing population. 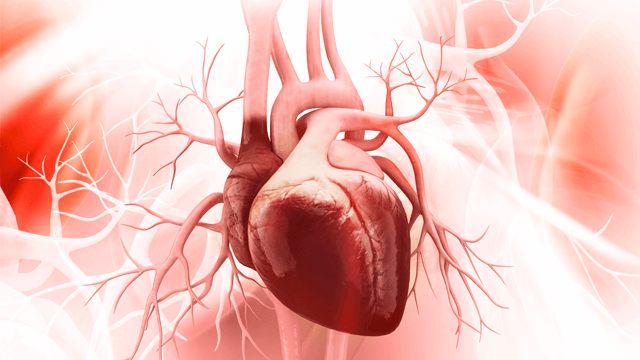 Optimal Prognostication of Patients with Coronary Stenoses in the Pre- and Post-PCI setting: Comments on TARGET FFR and DEFINE-FLOW Trials Presented at TCT Connect 2020
Read Article 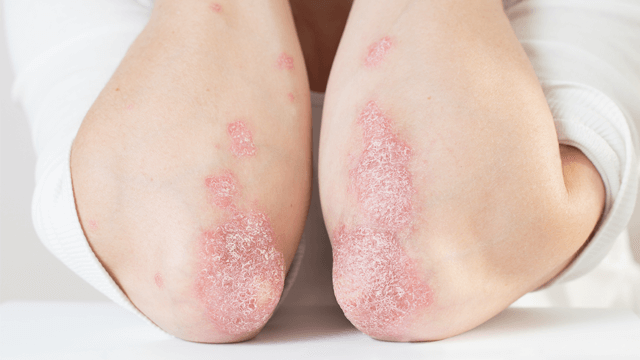 The Association Between Psoriasis and Cardiovascular Diseases
Read Article 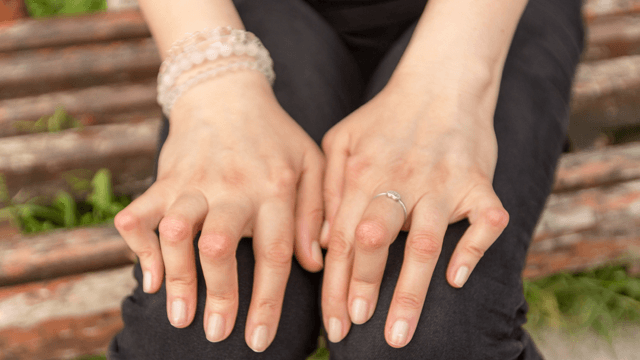