Blood Pressure Lowering for the Prevention of Stroke Recurrence

Disclosure: Jan A Staessen has consulted for pharmaceutical companies and received funding for studies, seminars and travel from manufacturers of drugs that lower blood pressure. The remaining authors have no conflicts of interest to declare.

Stroke is the second most common cause of mortality worldwide.1 Cerebrovascular disease caused an estimated 5.7 million deaths in 2005, with 87% occurring in low- or middle-income countries.2 Without intervention, the global number of stroke deaths will rise to 6.5 million in 2015 and 7.8 million in 2030.2 Blood pressure is the most consistent and powerful predictor of stroke. Hypertension affects nearly 30% of the world’s population.3,4 Population mortality trends for stroke parallel those in hypertension.5,6 In addition to hypertension, a previous history of cerebrovascular disease is a powerful predictor of stroke recurrence.1 The purpose of our review was to summarise the evidence in favour of blood pressure lowering for the prevention of stroke recurrence.

We identified original research papers on the prevention of stroke recurrence by systematically searching the table of contents (January 2000 until January 2009) of general interest and speciality journals that publish clinical research on hypertension or cerebrovascular disease. We searched the PubMed database (www.ncbi.nlm.nih.gov/sites/entrez) for publications in English or with English abstracts. Starting from the preview/index tab, we chose the following as search terms for titles and abstracts: blood pressure, hypertension, stroke, haemorrhagic stroke, ischaemic stroke, recurrent stroke or any combination of these index terms. We also checked the reference lists of review papers for updates of clinical trials.

Active Treatment Compared with Placebo or No Treatment

As reported in detail elsewhere,7 10 randomised controlled trials8–17 investigated the effects of antihypertensive drug treatment versus no treatment or placebo on recurrent stroke in hypertensive or normotensive patients with a history of cerebrovascular disease. We extracted the characteristics of the 10 trials and those of the enrolled patients with a history of stroke from specific publications on stroke recurrence8–17 or from articles describing the baseline data18 or main results19,20 of the reviewed trials. We combined the results of the 10 trials8–17 on the secondary prevention of stroke (11 groups of randomised patients) in stratified 2x2 tables. We computed pooled odds ratios from fixed effect models or, in the case of significant heterogeneity, from random effect models. In subgroup analysis, we contrasted trials that used a diuretic9–11,14 as opposed to renin system inhibitors8,12–16 as the mainstay of active treatment.

Renin system inhibitors, in addition to angiotensin-converting enzyme inhibitors and angiotensin II type 1 receptor blockers, also included β-blockers.21,22 We used the PROC MIXED procedure as implemented in the SAS package, version 9.1.3 (SAS Institute, Carey, NC, US). We weighted pooled estimates of the odds ratios by the inverse of the variance of the odds ratios in individual studies and pooled estimates of the gradients in blood pressure by the number of patients randomised in each trial. We computed the weighted correlation between the odds of stroke recurrence on active treatment and the gradient in systolic blood pressure between groups (active treatment minus control) randomised in the 10 trials.8–17

In three early trials11–13 in which either methylclothiazide combined with deserpidine11 or atenolol12,13 was compared with placebo, the average reductions in blood pressure ranged from 413 to 25mmHg11 systolic and from 312,13 to 12mmHg11 diastolic (see Figure 1). These three studies11–13 could not confirm the significant 67% benefit on stroke recurrence (p=0.02) initially reported by Carter in a much smaller trial.10 In 1,520 Chinese Perindopril PrOtection Against Recurrent Stroke Study (PROGRESS) patients, active treatment – consisting of indapamide (2.5mg per day), which in most centres was combined with perindopril (4mg per day) – reduced blood pressure by 14mmHg systolic and 6mmHg diastolic and stroke recurrence by 55% (95% confidence interval [CI] 40–65%).14,23 In the Heart Outcomes Prevention Evaluation trial (HOPE),15 1,013 patients with a history of cerebrovascular disease were randomised to ramipril (up to 10mg daily) or matching placebo, given on top of unspecified background therapy. Compared with placebo, ramipril reduced blood pressure by 3.1mmHg systolic and 1.7mmHg diastolic, but the relative risk reduction of 15% in stroke recurrence was not significant (CI -42–30%). The Felodipine EVEnt Reduction study (FEVER) included 2,368 Chinese patients with a history of cerebrovascular disease (24.2% of 9,800 randomised patients).17 FEVER patients whose blood pressure on treatment with hydrochlorothiazide 12.5mg per day remained in the range of 140–180mmHg systolic or 90–100mmHg diastolic were randomised to extended-release felodipine 5mg per day or placebo.17 In the post-stroke FEVER patients, felodipine reduced blood pressure by 4.0mmHg systolic and 1.8mmHg diastolic (see Figure 1), but the odds ratio for stroke recurrence on felodipine versus placebo was not significant (0.81, CI 0.58–1.13).

In the Prevention Regimen For Effectively avoiding Second Strokes (PRoFESS) trial,8 addition of telmisartan (80mg daily) to the background treatment in patients with an ischaemic stroke did not significantly reduce the incidence of recurrent stroke compared with placebo (-5%, CI -14–4%; p=0.23) or major cardiovascular events (-6%, CI -13–1%; p=0.11).

We combined the results of the 10 trials8–17 (see Figure 1). Overall, the odds ratio for the prevention of stroke recurrence by blood-pressure-lowering therapy was 0.78 (CI 0.68–0.90; p=0.0007). The pooled odds ratio was 0.63 (CI 0.54–0.73; p<0.0001) for trials involving a diuretic as a component of experimental therapy,9–13,14 and 0.93 (CI 0.87–1.01; p=0.086) in the trials8,13–16 in which the mainstay of treatment consisted of inhibition of the renin system by atenolol,12,13 perindopril,14 ramipril,15 candesartan16 or telmisartan.8 The p-value for heterogeneity between studies involving diuretics compared with renin system inhibitors was <0.0001. There was also heterogeneity in the odds ratios among all trials (p=0.0004; see Figure 1). In the four trials of diuretics in monotherapy (PATS) or combined with anti-adrenergic agents10,11 or perindopril,14 the blood pressure reduction averaged 8.5mmHg systolic and 3.6mmHg diastolic. In the six studies of renin system inhibitors,8,12–16 usually given on top of background treatment, the blood pressure decreased on average by 4.0mmHg systolic and 2.1mmHg diastolic. In all studies combined,8–17 the blood pressure reduction averaged 5.1mmHg systolic and 2.5mmHg diastolic (see Figure 1). In weighted regression analysis, the correlation between the odds of stroke recurrence and the reduction in systolic blood pressure approached significance. The correlation coefficient was -0.58 (p=0.081) across 10 groups and -0.57 (p=0.067) when for Carter’s trial a reduction in systolic blood pressure of 10mmHg was attributed to active treatment (11 groups).

The MOSES study (Morbidity and Mortality after Stroke, Eprosartan Compared with Nitrendipine for Secondary Prevention)24 included 1,405 hypertensive patients with a cerebrovascular event within two years of randomisation. MOSES compared the only registered daily dose of eprosartan (600mg) with a suboptimal dose of nitrendipine.

Mean daily doses at the end of the trial were 623mg for eprosartan and 16.2mg for nitrendipine.24 For comparison, in the Systolic Hypertension in Europe Trial,25 the daily dose of nitrendipine averaged approximately 30mg. In MOSES,24 the primary outcome was the composite of total mortality and all cardiovascular and cerebrovascular events, including recurrent events. The incidence density ratio comparing eprosartan with nitrendipine was 0.79 (CI 0.66–0.96; p=0.014) for the composite end-point and 0.75 (CI 0.58–0.97; p=0.026) for stroke recurrence.24 In state-of- the-art actuarial analyses only considering time to the first event within each category (with censoring), the hazard ratios were 0.69 (CI 0.50–0.97; p=0.031) for cardiovascular events and 0.88 (CI 0.65–1.20; p=0.42) for the first recurrent cerebrovascular complication.24

In our meta-analysis (see Figure 1), blood-pressure-lowering treatment across 10 trials (11 groups), including the perindopril only and the perindopril combined with indapamide arms of the PROGRESS trial,8 reduced the risk of recurrent stroke by 22%. In the trials involving diuretics as a component of therapy,9–11,14 the pooled reduction averaged 37%, whereas it was only 7% in the trials of renin system inhibitors.8,12–15 As suggested by our meta-regression analysis, the significant heterogeneity (p<0.0001) between diuretics and renin system inhibitors in the prevention of stroke recurrence might be explained by the larger blood pressure reduction on treatment regimens involving diuretics. Whatever mechanism underlies the benefit of indapamide in the secondary7 and primary26 prevention of stroke, our meta-analysis does not support the recommendation that prevention of stroke recurrence is a compelling indication for the use of angiotensin-converting enzyme inhibitors.27 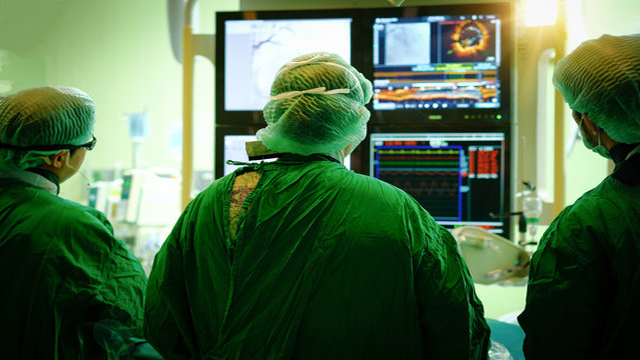 What is the Real Message of the International Study of Comparative Health Effectiveness with Medical and Invasive Approaches (ISCHEMIA) Trial for Academic and Practising Cardiologists?
Read Article 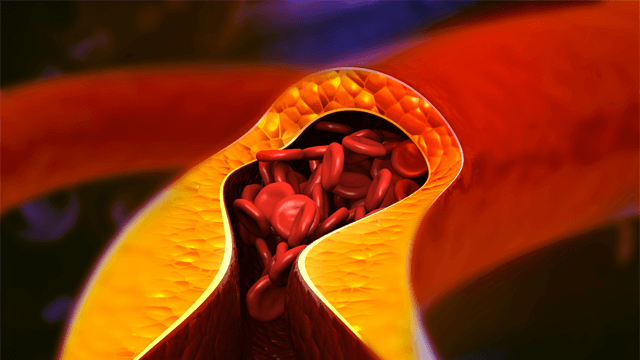 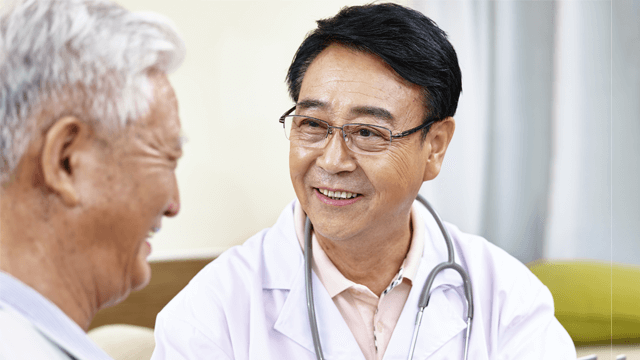