Before the advent of surgery only 20% of children with congenital heart disease survived to adult life.1 Great achievements in paediatric cardiology and cardiac surgery over the last few decades resulted in an increased survival of children with congenital heart disease (CHD). Today we are facing the first generation of grown-up congenital heart disease (GUCH) patients and the management of their clinical problems represents a new complicated task for paediatricians, cardiologists, cardiac surgeons and electrophysiologists. This field being so new, there are few data about the epidemiology of this population; from the available information we know that it is growing quickly and that there is a significant increase in the number of patients with complex lesions.2 Arrhythmia is the main cause of morbidity and mortality in GUCH patients, leading to a high rate of hospitalisation in this population. Arrhythmogenic substrate may exist congenitally in association with structural anomalies or it can be acquired secondary to natural history (cardiac defects, haemodynamic changes, degenerative fibrosis) or to surgical repair (scarring, post-operative haemodynamic abnormalities).3

Little is known about the effectiveness of antiarrhythmic drug therapy in this population and we therefore have to apply the information obtained by trials carried out on general populations or on patients with non-congenital cardiomyopathies. Any clinician dealing with arrhythmias in GUCH patients recognises the low success rate of antiarrhythmic drugs (AADs); furthermore, it is difficult to plan lifelong drug therapy in young patients, especially with concern about the possible effects of most AADs on myocardial contractility.

It must be emphasised that rhythm disturbances that are not harmful in the general population might be critical in GUCH patients. Supraventricular arrhythmia is the most frequent problem, and it might cause invalidating and refractory heart failure in otherwise well patients. There is a lower incidence of ventricular arrhythmia, but it might be life-threatening at first presentation; for this reason, the medical community is making a great effort to identify an effective risk stratification strategy for these patients.

Complete correction of residual haemodynamic abnormalities is the first-line treatment for arrhythmia. Patients presenting with an arrhythmic problem despite the best possible haemodynamic correction can be treated by catheter ablation, intra-operative ablation or device implantation.

In the past, catheter ablation was limited by technical problems. Poor understanding of peculiar anatomy in these patients makes for arduous catheter manipulation. Arrhythmogenic substrate is often complicated, presenting with multiple circuits maintaining arrhythmias. In the presence of increased wall thickness it is difficult to obtain a transmural lesion by catheter ablation. Today, technical implementation and better physiopathological knowledge allow the transcatheter (TC) approach to be effective in treating arrhythmias in GUCH patients.

Using a sophisticated electroanatomical mapping system, we are able to characterise the electrophysiological properties of the chamber of interest, identifying sites of conduction block or slowing. This information, together with the understanding of arrhythmia mechanisms, allows identification of optimal ablation sites.4,5

Haemodynamic defects induce compensatory myocardial hypertrophy or chamber dilatation with poor blood flow. Both of these conditions make it difficult to obtain the transmurality of the lesion, which is crucial for the success of ablation. Introduction of a cooled, irrigated electrode tip allows the delivery of higher energy to the tissue despite low blood flow, avoiding thrombus formation and optimising the chance of obtaining a deeper lesion.6

Supraventricular atrioventricular (AVRT) or nodal (AVNRT) reciprocating tachycardias are common in patients with CHD. In the Pediatric Radiofrequency Ablation Registry,7 55% of supraventricular arrhythmias are AVRT (46%) or AVNRT (9%). Accessory pathways are known to occur frequently in CHD, such as Ebstein’s anomaly, L-Transposition, hypertrophic cardiomyopathy or tricuspid atresia. Supraventricular reciprocating tachycardias are also reported in patients with other CHD with the same incidence in comparison with the general population. Dual atrioventricular nodal conduction is reported in some cases of heterotaxis or double-outlet right ventricle.3

Ebstein’s anomaly is the CHD most frequently associated with AP, with AVRT in 25–30% of patients and ECG pre-excitation in 5–25%. APs are almost always right-sided and multiple in more than 50%.8 In L-transposition, APs are frequently linked to and located at the same side of a dysplastic Ebstein-like tricuspid valve, probably justifying the augmented incidence of Wolff-Parkinson-White syndrome in L-transposition.

Underlying haemodynamic conditions result in poorly tolerated tachycardia in these patients and may also complicate management with antiarrhythmic medications, especially during the peri-operative period, when inotropic treatment favours incessant and potentially lethal arrhythmias. For that reason, indication to catheter ablation is less restrictive compared with the general population. Timing of radiofrequency ablation in patients amenable to cardiac surgery is preferable pre-operatively rather than conducting intra-operative ablation, which means a longer operative time and more complications. Surgical management of accessory pathways is to be preceded by electrophysiological evaluation and a TC ablation attempt.9

TC ablation acute success rate is 77–78% in CHD patients compared with 95% in patients without heart disease, and is lower in right-side APs.10 The ablation procedure is challenging in this population because of several technical issues: problems with vascular access, due to vascular thrombosis or surgical management (Glenn shunt, extracardiac Fontan procedure); the heart anatomy could be difficult to define without angiography or transoesophageal echocardiography, atrioventricular node and His bundle location.9 Factors characteristic of specific CHD are numerous and it is not possible to deal with each of them here.

Anatomic anomalies such as an interatrial defect can favour the procedure (catheter in coronary sinus, access to left atrium), but can also make the ablation more straightforward (catheter stability, good temperature). In Ebstein’s anomaly, multiple APs and adverse anatomy cause tricuspid regurgitation, and fragmented potentials at atrioventricular annulus endocardial aspect are almost common. Alternative vascular access and long sheets may be necessary to optimise catheter stability and temperature; right coronary angiography and 2F catheter mapping has been proved to be useful for atrioventricular ring localisation and mapping. Temperature monitoring is mandatory to recognise the reason for failure.8

Reported procedural complication rates are comparable to a normal heart (3.2% of major complications) or higher (5%), probably related to patient selection or operator’s skill.10

Atrial tachycardia (AT) in this population is mainly maintained by a re-entrant circuit. Atriotomy, atrial patches and areas of atrial fibrosis represent sites of conduction block. A channel of viable myocardial tissue limited by scar area or anatomical sites of conduction block is usually characterised by slow conduction representing the substrate for re-entry. It is important to remember that it is not unusual for these patients to present typical atrial flutter that can be treated by ‘simple’ ablation of the isthmus inferior vena cava-tricuspid annulus. Diagnosis of this arrhythmia can be tricky from a surface electrocardiogram because P waves might be distorted by unusual atrial anatomy. Nevertheless, more often patients present with multiple macro re-entrant AT.

In the early days, mapping of AT was performed only during arrhythmia. Recording of diastolic potential was used to identify the area of interest; to confirm that the site represented the critical isthmus and optimal ablation site entrainment, manoeuvres were performed.11–14 With this technique only the substrate of a single arrhythmia was identified and eliminated; furthermore, AT had to be monomorphic, stable and well-tolerated in order to be able to perform the mapping and ablation.

To implement a good success rate in patients with multiple arrhythmias, it was proposed that ablation lines to connect standard areas of conduction block (anatomical or secondary to atriotomy) be created.12,13 Both of these strategies had fair acute success, but were characterised by a high recurrence rate.11–14

In 2001 a new approach was proposed by Nakagawa et al.: in their paper a precise characterisation of multiple re-entrant circuits by a high-density electroanatomical map allowed the elimination of all potential critical isthmi obtaining complete acute success (no AT inducibility at the end of the procedure) that was maintained at follow-up. An interesting observation arose from this paper – that each patient presented multiple re-entrant circuits that could not be foreseen only by localisation of surgical scar or the anatomical area of block. As a matter of fact, every patient had peculiar areas of dense scar that might have been secondary to myocardial fibrosis due to atrial stretch determined by haemodynamic defects or to atrial ischaemia during surgery.15

The author’s experience of TC ablation for atrial tachycardia confirms the specificity of the substrate in every single patient requiring a high-density electroanatomical map of the chamber in order to obtain satisfactory long-term ablative success. Lately, the authors are applying the valuable lessons learned by transcatheter substrate mapping and ablation to optimise the success of surgical ablation (limited to patients having indications for cardiac surgery for correction of haemodynamic defects) performing electroanatomical mapping in the electrophysiology lab before surgery to plan an intra-surgical ablation design for every patient.

Sudden death late after repair of CHD is reported with an incidence of 1.2–6% depending on follow-up duration and patient characteristics. Sudden death is thought to be related mainly to ventricular arrhythmia.18,19

The first issue is to identify patients at risk of ventricular arrhythmia. The experience reported from small groups of patients suggests that the main risk factor is the presence of haemodynamic defects. In addition, QRS duration and inducibility at the electrophysiology study (performed with aggressive protocols) seems to have a prognostic value.20,21

Little is known about the pathophysiology of ventricular arrhythmias; even though there is some evidence that they are maintained by re-entry mechanisms, it still has to be determined which substrate leads to re-entry. Autoptical studies suggest the presence of degenerative fibrosis in the ventricles of GUCH patients. This could be secondary to myocardial stress due to haemodynamic defects and could lead to conduction slowing and block promoting small re-entrant circuits.22–25 Nevertheless, data from catheter mapping identified anatomical lines of block, patches and surgical sutures as determinants of re-entrant circuits.25

Since there is no strong evidence in the literature of the efficacy of TC ablation of ventricular tachycardia (VT) in preventing sudden death, the authors then recommend that implantable cardioverter defibrillator implantation is considered in patients at high risk of ventricular arrhythmia, and that TC ablation is used in combination with device implantation as a hybrid therapy when VT recurrences are present requiring frequent undesirable direct current shock.

Surgical correction of haemodynamic defects has been reported to reduce the incidence of sudden death; the association of cryoablation with surgery was effective in a small population of patients with clinical ventricular arrhythmia.26 The authors suggest that indications for surgery are carefully sorted in high-risk patients.

In conclusion, management of arrhythmias in patients with congenital heart disease is a demanding task; the increasing needs of these patients are driving us to find valuable solutions to new emerging problems. Multidisciplinary management by paediatric cardiologists, cardiac surgeons and electrophysiologists allow the best possible understanding and effective treatment of arrhythmologic problems. Finally, TC ablation of arrhythmias in congenital heart disease can be safe and effective when performed on selected patients in experienced centres. 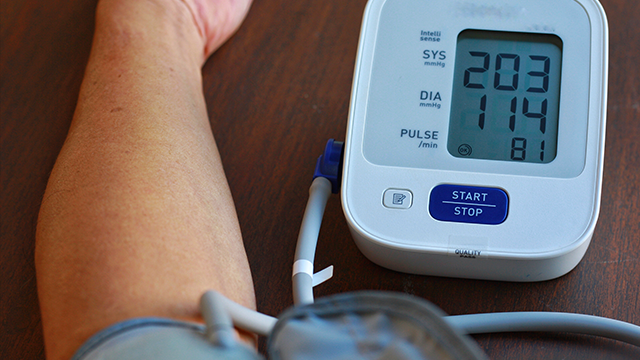 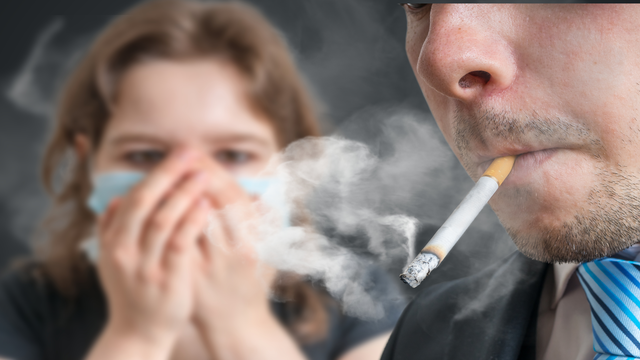