HRS 2021: Oral Contraceptive Use in Women with LQTS

In this video, Dr Ilan Goldenberg (University of Rochester Medical Center, Rochester, NY, US) discusses the potential risk of cardiac events in women with congenital long QT syndrome (LQTS) associated with contraceptive use in this cohort.

1. Please remind us of the aim, study design and endpoints?
2. What were your key findings?
3. How should your findings impact practice and influence further research?

Please remind us of the aim, study design and endpoints?

I would like first to give some background. The congenital long QT syndrome is an inherited cardiac channelopathy that is associated with increased risk of sudden cardiac death, ventricular arrhythmia, in young individuals, children, and especially women after the onset of adolescence. And this is possibly due to the major lytic effects of the sex hormones on the ion channel that is affected by this inherited arrhythmic disorder. And we know that, in women, there is a change after the onset of adolescence in which oestrogen and progesterone effect the ion channel, increase the risk. On the other hand, in males, there is a relatively high risk during childhood but, after the appearance of testosterone, there is a reduction in the risk of cardiac events after the onset of adolescence. So, there are opposing trends; in women, there is further increase in the risk of life-threatening events after pregnancy and during the perimenopausal period. However, the safety of all contraceptive use in women and by formulation type, whether it's progestin-only or estrogen-combined, has never been assessed in LQTS women. And for this reason, in the Rochester LQTS Registry that comprises the largest registry in the world, in the US of LQTS patients and their families, we started to administer a female-specific questionnaire in 2010, and now we provide, for the first time, data on almost 1,700 women who completed the questionnaire before March 2021. And, in this study, we aimed to identify the risk of life-threatening events, cardiac events, by oral contraceptive use with and without beta blocker therapy, which is the standard therapy in long QT syndrome, and to identify whether all contraceptive use is safe in LQTS women.

What were your key findings?

So the major finding, and this was a little surprising, is actually that progestin-only formulations that had now administered to about 20% of the women who cannot tolerate estrogen or combined because of some side effects or risks associated with estrogen-only, progestin-only or contraceptives associated with nearly a threefold increase in the risk of cardiac events, ventricular arrhythmias, and even sudden cardiac death in women with congenital long QT syndrome. And this is especially more pronounced in women who do not take concomitant beta blocker therapy. Progestin-only or contraceptive with beta blocker therapy appear to be relatively safe and beta blockers, which, is the standard medical management for long QT syndrome is associated with a significant 80% reduction in the risk of cardiac events in LQTS women who take or use oral contraceptives that are dominated by progestin-only formulations.

How should your findings impact practice and influence further research?

I believe this is a major finding, and all LQTS women who are now considering oral contraceptives should actually discuss with their physician how to manage this and the possible modalities; they can take estrogen-only, they can take combined. If they are likely to have adverse events with estrogen or combined, they can take progestin-only with concomitant beta blocker therapy, but this is a finding that should be implemented in clinical practice. And even more importantly or possibly, a wider application in the general population there is also not only congenital but drug-induced long QT syndrome, and many drugs that we use now on clinical practice like antibiotics, even anti-anxiety medication are associated with a prolongation of the QT intervals similar to long QT syndrome and, in this case, we should also be concerned about oral contraceptive use and evaluate the efficacy, and possibly safety, of oral contraceptives in patients who are likely, especially women, who are likely to have drug-induced long QT syndrome because the mechanism is similar. 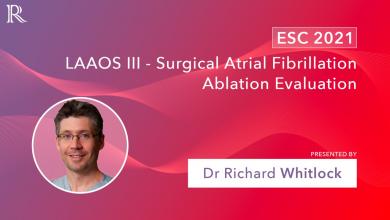 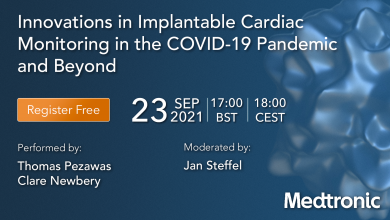 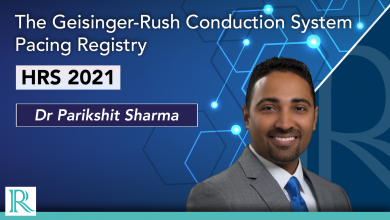 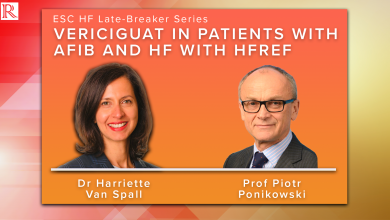 ESC HF 21 Discussion: Vericiguat in Patients with AFIB and HF with HFrEF