Noise exposure modifies the function of multiple organs and systems. Acute noise exposure – both in laboratory settings where traffic noise is simulated and in real-life working environments – can cause increases in blood pressure, heart rate and cardiac output. This review examines the effects of noise pollution on the cardiovascular system, with a particular focus on non-auditory effects such as noise-induced arterial hypertension.

Disclosure: The authors have no conflicts of interest to declare.

The copyright in this work belongs to Radcliffe Medical Media. Only articles clearly marked with the CC BY-NC logo are published with the Creative Commons by Attribution Licence. The CC BY-NC option was not available for Radcliffe journals before 1 January 2019. Articles marked ‘Open Access’ but not marked ‘CC BY-NC’ are made freely accessible at the time of publication but are subject to standard copyright law regarding reproduction and distribution. Permission is required for reuse of this content.

According to the noise reaction scheme by Babisch, noise may induce damage through a direct pathway – for instance by causing hearing loss – and indirect pathways, reflecting disturbances of sleep, communication and daily activities, with or without noiseinduced annoyance (see Figure 1).2 Chronic annoyance causes stress characterised by increased levels of stress hormones such as cortisol and catecholamines. Chronic stress may in turn cause a number of pathophysiological adaptations, such as increased blood pressure, increases in heart rate and cardiac output, increases in blood lipids (cholesterol, triglycerides, free fatty acids, phosphatides) and carbohydrates (glucose) as well as the activation of blood coagulation.3 This may ultimately manifest as cardiovascular diseases such as arterial hypertension, coronary artery disease and stroke (see Figure 1).

Two recently published field studies examined the effect of nocturnal aircraft noise exposure played-back with loudspeakers in subjects’ bedrooms. It was shown to dose-dependently affect parameters of vascular (endothelial) function in healthy subjects and in patients with established coronary artery disease, including endothelial function as measured by flow-dependent dilation of the brachial artery.4,5

Although these studies were limited to single-night exposures, a priming effect of noise was detected, i.e. the adverse effects of noise on vascular function were clearly more pronounced if the subject had previously been exposed to noise.5 Thus, in response to repeated exposure, the vessel appears to be unable to develop a form of accommodation, and is somewhat sensitised to noise-induced vascular damage.5 As expected, the deterioration in endothelial function was paralleled by increased catecholamine production and impaired sleep quality.5 In subjects with established coronary artery disease, there was also a significant increase in blood pressure.4 Interestingly, in these studies of patients with coronary artery disease, there was no correlation between annoyance reactions and the degree of deterioration of vascular function in response to noise, suggesting that noise per se adversely affects vascular function, whether the person is getting annoyed or not.4

Many epidemiological studies indicate that nocturnal noise exposure may be more relevant for cardiovascular health than daytime noise exposure. For aircraft noise, the Hypertension and Exposure to Noise near Airports (HYENA) study found no significant association for daytime noise, but a significant increase in blood pressure with increases in nighttime noise.6 Furthermore, a recent Swiss study showed an adverse effect of railway noise on blood pressure, which was more strongly associated with nighttime exposure.7 Compatible with this evidence, it has been demonstrated that road traffic noise exposure has a larger impact in those who sleep with open windows or whose bedroom faces the road.8 A sustained decrease in blood pressure during the night (so-called ‘dipping’) seems to be important for resetting the cardiovascular system and for long-term cardiovascular health.9 Repeated nocturnal autonomic arousals may prevent blood pressure dipping and contribute to the risk for developing hypertension in those exposed to relevant levels of environmental noise for prolonged periods of time.10,11 In line with this, it has been reported that the risk of developing hypertension is higher in subjects sleeping with open windows during the night, whereas people sleeping in houses with sound insulation or where the bedroom does not face the main road have lower risk.12

The Night Noise Guidelines for Europe published by the WHO in 2009 constitute an expert consensus correlating four noise exposure ranges to negative health outcomes ranging from ‘no substantial biological effects’ to ‘increased risk of cardiovascular disease’.13 The WHO considers average nocturnal noise levels of equivalent A-weighted noise outside (LAeq) of 55 dB as the interim goal when the recommended guideline value of 40 dB is not feasible in the short term for the prevention of noise-induced health effects.

In sum, nocturnal noise has been shown to affect both autonomic regulation, with increases in heart rate mediated by sympathetic activation and/or parasympathetic withdrawal10,14,15 and with increases in blood pressure.16 Furthermore, nocturnal noise has been shown to directly affect vascular function through the induction of endothelial dysfunction. Importantly, both endothelial dysfunction and reduced heart rate variability have been demonstrated to have prognostic value in patients with peripheral artery disease, arterial hypertension, and patients with an acute coronary syndrome or chronic stable coronary artery disease.17–19 Taken together, these observations are compatible with the observation of an increased incidence of arterial hypertension and subsequent myocardial infarction and stroke in subjects with long-term exposure to relevant noise levels.

It should also be noted that residential exposure to road traffic noise correlates with exposure to ambient air pollution – another environmental pollutant suspected of increasing the risk for hypertension. The suggested pathophysiological pathway behind an effect of air pollution on cardiovascular disease shares some characteristics with the mechanisms proposed for noise, including effects on the immune system, endothelial dysfunction and changed levels of blood lipids.20 It is possible, therefore, that these two environmental pollutants can act together to increase the risk for hypertension, which needs to be addressed in future studies.

Studies on chronic exposure to road traffic and/or railway or aircraft noise have reported a relationship with elevated blood pressure, arterial hypertension or the use of antihypertensive medications. These studies indicate that environmental noise may carry a considerable health burden with important medical and economic implications. A recent report from the European Environment Agency concluded that in Europe, more than 900,000 cases of hypertension are caused by environmental noise each year.21

The association between transportation noise and blood pressure in children has also been investigated. A recent meta-analysis examined 13 studies comprising 8,770 children that addressed the relationship between road traffic noise and blood pressure in kindergarten and school children.26 The authors reported that a 5 dB rise in road traffic noise at kindergarten/school was associated with a 0.48 mmHg higher systolic blood pressure (95 % CI [−0.87–1.83]) and a 0.22 mmHg higher diastolic blood pressure (95 % CI [−0.64–1.07]). However, there was high heterogeneity in the study, and further well-designed studies are needed to further assess this association.

All these studies, both in children and adults, are of cross-sectional design, which prevents conclusions on causality and chronological order of events. Only one study has addressed the association between road traffic and railway noise and hypertension using a longitudinal design.24 This study found no association between longterm exposure to road traffic noise and risk of hypertension, whereas for railway noise the results indicated an association. However, this study was based on self-reported information on hypertension, which probably leads to underestimation of the actual number of subjects with hypertension, and longitudinal studies based on repeated blood pressure measurements are needed.

The effect of transportation noise on hypertension during pregnancy has also been examined. A recent Danish study found road traffic noise to be associated with hypertension among pregnant women.27 Based on a birth cohort including almost 73,000 pregnant women with singleton pregnancies,27 a 10 dB higher exposure to residential road traffic noise during the first trimester was associated with a higher risk of preeclampsia (OR 1.10; 95 % CI [1.02–1.18]) and pregnancy-induced hypertensive disorders (OR 1.08; 95 % CI [1.02–1.15]). Adjustment for air pollution lowered the estimates slightly (OR 1.08; 95 % CI [0.98–1.17] for preeclampsia and OR 1.06; 95 % CI [0.98–1.14] for all subtypes of hypertensive disorders during pregnancy). The results are comparable with results from a small Lithuanian study of approximately 3,000 women, which reported a non-significant association between road traffic noise and gestational hypertension.28 Although these two studies indicate that transportation noise may be a risk factor for hypertension during pregnancy, more studies addressing this end-point are warranted.

An increased prevalence of arterial hypertension in the vicinity of Stockholm airport was reported in 2001.29 With respect to the early stages of hypertension, a time-series study in the area surrounding Frankfurt Airport showed that, even in the physiological blood pressure range, a relationship existed between aircraft noise and early-morning blood pressure.30 In this study, two groups exposed to nighttime outdoor aircraft noise of 50 dB(A) were followed over a period of three months. The ‘western group’ were exposed for 75 % of the time, and the ‘eastern group’ for 25 % of the time. The evaluation of ~8,000 blood pressure measurements from 53 individuals showed a statistically significant 10 mmHg higher morning systolic blood pressure and an 8 mmHg higher diastolic blood pressure for the western group compared with the less exposed eastern group.

One of the largest and most comprehensive studies on aircraft noise and hypertension is the HYENA study, based on almost 5,000 participants from six European countries.6 In this study, an exposure-response relationship was found, showing that for every 10 dB increase in nighttime aircraft noise (Lnight) the prevalence of hypertension increased by 14 % (95 % CI [1.01–1.29]; P=0.031). In contrast, no effect was found for daytime aircraft noise exposure (LAeq: OR 0.93; 95 % CI [0.83–1.04]; P=0.19). Results from the HYENA study also suggest an effect of aircraft noise on the use of antihypertensive medication, but this effect did not hold for all participating study centers.31

Data from the European Union-funded Road Traffic and Aircraft Noise Exposure and Children’s Cognition and Health study reported an association between both daytime and nocturnal noise exposure at home and blood pressure values in children aged 9–10 years living near Schiphol (Amsterdam) or Heathrow (London).32 A 2009 meta-analysis of four cross-sectional studies and one cohort study on the relationship between aircraft traffic noise and the prevalence of hypertension reported an OR of 1.13 (95 % CI [1.00–1.28]; P<0.001) per 10 dB increase of the day-night weighted noise level (LDEN) in the range <55 to >65 dB. 33 This picture has been confirmed in later studies, such as a recent French study that found that 10 dB higher nighttime aircraft noise was associated with a 34 % higher prevalence of hypertension in men (95 % CI [1.00–1.97]).34

Only one study has investigated the association between aircraft noise and hypertension using a longitudinal approach.35 This study is based on a cohort of almost 5,000 participants with repeated blood pressure measurements and living around Stockholm Arlanda airport. The authors reported that a 5 dB increase in long-term exposure to aircraft noise was associated with an 8 % increased risk for developing hypertension among men. After exclusion of the ~30 % that smoked or used snuff during or directly preceding the blood pressure measurements, this estimate increased to 21 % per 5 dB (95 % CI [1.05–1.39]). In contrast, the study indicated no association between aircraft noise and hypertension among women. The study, however, included only few subjects exposed to high levels of aircraft noise (≥60 dB), and larger prospective studies are needed in this area.

The existing literature of both mechanistic and epidemiological design strongly points towards a relationship between exposure to transportation noise and elevated blood pressure. The consequence is that noise per se as an environmental stressor should be considered as a novel cardiovascular risk factor. This calls for prevention strategies, as around one third of the European population is exposed to transportation levels exceeding 55 dB; a number that is rising.21 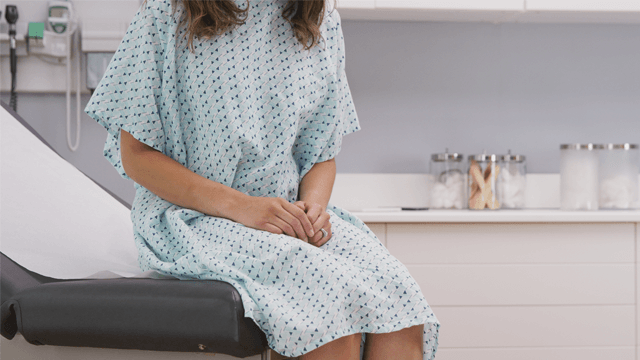 Why We Need Specialised Centres for Women’s Hearts: Changing the Face of Cardiovascular Care for Women
Read Article 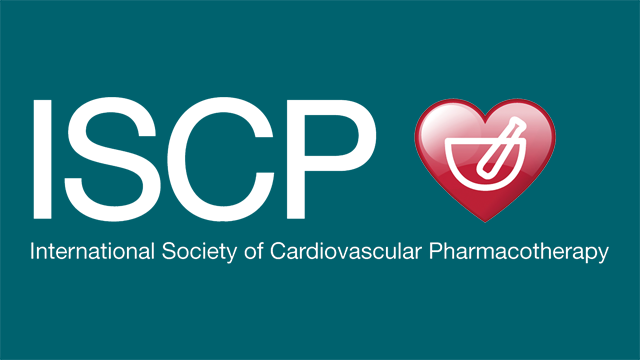