RADIANCE-HTN: 6Mo Outcomes of RDN Vs a Sham Procedure for Resistant Hypertension

In this short summary interview, Dr. Ajay Kirtane (Columbia University Medical Center, US) shares the six-month outcomes of a randomized trial of renal denervation (RDN) versus a sham procedure for resistant hypertension. The RADIANCE-TRIO Trial, presented first at TCT 2021, showed that the additional effects of pharmacologic intervention with maintenance of a BP-lowering effect of endovascular ultrasound RDN at 6 months, mirroring the results of the RADIANCE SOLO trial.

- Hi, my name is Ajay Kirtane. I'm a Professor of Medicine at Columbia University Medical Centre in New York. And I'm here to present the results of the six-month data from the RADIANCE-HTN TRIO study, which I presented at TCT.

Design and Eligibility Criteria
In order to be eligible for this study, patients had to have elevated blood pressures despite multiple medications. In average, in this study, patients had blood pressures of 160 mmHg despite being on four medications at baseline. They then were taken off their home regimen, put on a combination pill, consisting of a Calcium channel blocker, thiazide diuretic and an angiotensin receptor blocker and if they still had elevated blood pressures, they then underwent anatomic screening and then randomization to renal denervation versus a Sham control. They then were followed for two months at which the primary endpoint was ascertained, which was a reduction in blood pressure: renal denervation versus Sham. We published that data earlier this year in the Lancet, demonstrating that Renal Denervation, decreased blood pressure to a greater extent than the Sham control and the data I presented at TCT, looked at these patients from two to six months, as medications were added back, to try to see if blood pressure could be further lowered and we could achieve better rates of control.

Which Patients Would Benefit from RDN?
The Holy Grail question here is, who should we do renal denervation at? And this is an important question because it's an invasive procedure. I think the key point here is that we know medications work and we know lifestyle modification can work, but it doesn't always work. And in many patients, they can't adhere to these regiments, or they perhaps don't want to. And I think it's for those patients that renal denervation offers promise. We've shown through multiple studies that renal denervation can work in more controlled versions of hypertension. Also less controlled, such as resistant hypertension as shown in this study. And so the real question is, is if patients have had a legitimate effort to control their blood pressure with lifestyles and traditional medications, the way we'd like them to be citrated, and they still have elevated blood pressure, then they would be great candidates for renal denervation in my opinion. If, denervation can be proven to be safe over the long period.

Take home Messages
My take home messages would be number one: we know renal denervation can lower blood pressure compared to a Sham procedure. We know that it's part of an armamentarium that includes lifestyle and medications, and it can be additive in this regard. And finally, that at least out to six months from these data, the effect does appear to be durable. So, with those three things in mind, there does appear to be promise for this technology going forward.

Next Steps
The next steps here really relate to longer-term follow-up of these randomised trials, additionally, larger series of patients to be able to determine that these benefits can be durable over time and can be safe over time. Once we have those established. I do think that we're going to start seeing renal denervation being used in clinical practice. 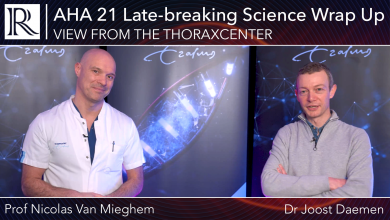 View from the Thoraxcenter: AHA 21 Late-breaking Science Wrap Up 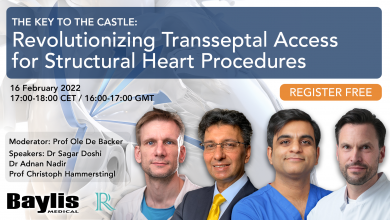 The Key to the Castle: Revolutionizing Transseptal Access for Structural Heart Procedures 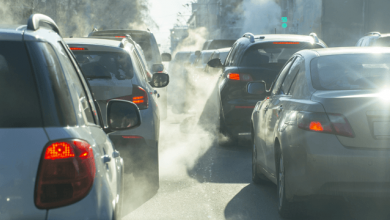 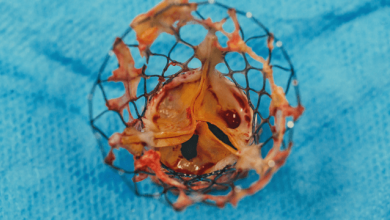 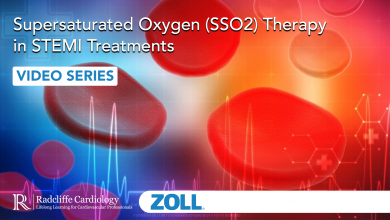