The association of electrocardiographic (ECG) abnormalities and intracerebral, particularly aneurysmal subarachnoid haemorrhage (SAH) is a well-known phenomenon. ECG alterations are observed in 50-100% of patients during the acute stage of SAH. Frequently, these effects are clinically not important. Some SAH patients, however, have structural cardiac damage with elevation of creatine kinase myocardial isoenzyme (CK-MB) and concomitant myocardial pathology. Accordingly, echocardiography has revealed abnormalities of left ventricular function in SAH patients. While the majority of patients with clinically apparent cardiac symptoms suffer from as yet unrevealed epicardial disease, a few patients do not. In patients without epicardial pathology, neurogenic myocardial 'stunning', presumably related to myocardial catecholamine toxicity, is thought to cause the condition.

The case of a 23-year-old comatose man who was admitted to hospital was previously described. Initially, he was found with a heart rate of 160 beats per minute (bpm) and a systolic pressure of 200mmHg. In the emergency room, a computed tomography (CT) scan showed a cerebellar haemorrhage of approximately 4cm in diameter that originated in the vermis cerebelli region, tamponade of all ventricles and accompanying SAH (see Figure 1a). Immediately, bifrontal external ventricular drainages were inserted, the patient was transferred to the operating room and the haemorrhage was evacuated. Intra-operatively, an angioma of the vermis cerebelli region was found and completely removed. During the operation, the patient developed a pulmonary oedema. Six hours after the operation, the patient developed a progressive heart failure with hypotension and tachycardia. A CT scan showed only mild focal brain oedema. A chest X-ray showed a bottle-like formation of the heart (see Figure 1b). He then developed progressive supraventricular tachycardia, fibrillation and electromechanical decoupling. Cardioversion and mechanical resuscitation was successful.

To confirm the diagnosis of tako-tsubo cardiomyopathy, cardiac catheterisation or echocardiography are inevitable. Typically, basal hyperkinesis and apical akinesis or dyskinesis of the left ventricle are the only reliable alterations described. The shape of the end-systolic left ventricle resembles a tako-tsubo, an ancient Japanese device used to catch octopuses, with a round bottom and narrow neck. Recently, however, variations of the degree of dysfunction were described with a hypokinetic midportion of the left ventricle and a hyperkinetic apex. Characteristic of the disease is a rapid improvement of the wall motion abnormalities within a few days. Interestingly, decreased coronary flow reserve is occasionally observed, possibly demonstrating microvascular involvement. However, it remains to be resolved whether these observations are cause or consequence of the wall motion abnormalities or constitute a mere epiphenomenon. Despite ST-elevation observed in electrocardiographs, epicardial artery obstruction or stenosis is usually not observed.

Routine electrocardiography is, along with heart failure, the initial alteration observed in tako-tsubo patients. Although ECG changes may be observed in any lead, they are most often prominent in the precordial leads. Changes in the acute phase mimic those of acute coronary syndromes, with ST-segment elevation, ST-segment depression, QT elongation and T-wave inversion. The initial incidence of ST-segment elevation was reported to range from 11% to 90%. As in acute coronary syndrome, deep T-wave inversion follows T-segment elevation. For an interval of the following 1-3 days, elongation of the Qc interval occurs and regresses. Abnormal Q waves are only observed in singular patients. Inverted T waves are frequently detected within three days and occasionally two to three weeks after onset. Interestingly, the observed T-wave alterations may persist months after the episode.

Biopsies from the left ventricle reveal interstitial myocardial fibrosis, small infiltrates of mononuclear and polymorphonuclear cells and contraction band necrosis. However, it remains to be deter-mined whether these alterations are cause or con-sequence of the wall motion abnormalities observed. Contraction band necrosis is observed in four circumstances that are linked by a unifying mechanism:

For centuries, people have known that acute life-threatening stressors with no chance of escape or control can cause sudden death. In a post-mortem series of sudden death after extreme stress, cardiac changes in patients without injury to the brain or internal organs showed contraction band necrosis, focal mononuclear infiltrates and foci of loose and fibrous connective tissue, all seen in patients with tako-tsubo cardiomyopathy.

In intracerebral haemorrhage, cardiac dysfunction is a frequently observed complication. While decompensation of epicardial stenoses is most common, myocardial stunning is recognised in a subgroup of patients. Recently, tako-tsubo cardiomyopathy has been described to constitute a novel cardiac disease characterised by transient left ventricular apical hypokinesis and basal hyperkinesis.

The cardiac changes that occur in association with myocardial stunning are thought to result from increased central sympathetic activity, which results in a hyperdynamic cardiovascular state. Peripheral vasoconstriction may also further aggravate the left ventricular decompensation by increasing the cardiac afterload. Transient increase in sympathetic nervous activity induces myocardial damage, which is hypothesised to be caused by oxygen-derived free radicals or transient calcium overload. Both free radical and calcium overload is associated with decreased responsiveness of contractile filaments to calcium secondary to selective troponin I proteolysis. Characteristically, myocardial stunning is reversible within 48 hours.

The overall prognosis seems to be favourable, although isolated cases of death have been reported. The cause of transient left ventricular apical ballooning syndrome is still unknown. Several mechanisms have been proposed, including multivessel epicardial spasm, myocardial dysfunction mediated through catecholamine-induced damage, microvascular coronary spasm or dysfunction, and neurogenically mediated myocardial stunning. It is unclear whether coronary microvascular dysfunction is the primary mechanism involved in the pathogenesis of the syndrome or whether it is simply an associated secondary phenomenon. 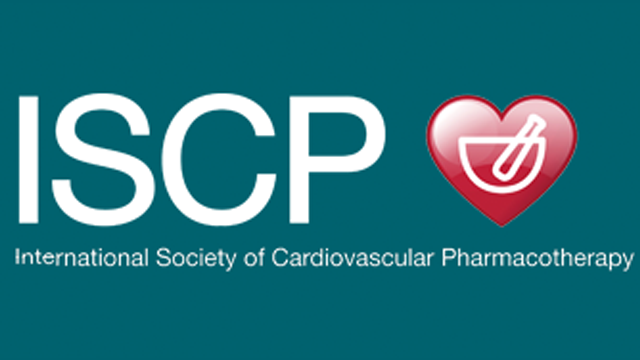