Personalised Approaches to Improving the Effect of Anti-platelet Agents: Where Do We Stand?

Clopidogrel is the most widely prescribed P2Y12 inhibitor in the world despite the development of newer and more potent agents.1,2 Clopidogrel is administered as a pro-drug and needs to be metabolised by the cytochrome P450 enzymes (particularly by CYP2C19) in order to have biological activity.3

Patients with loss of function (LOF) variants of the CYP2C19 gene have decreased serum levels of clopidogrel after oral administration. Consequently, platelet reactivity in these patients remain higher, when compared to patients with wild-type CYP2C19. With a less-potent platelet inhibition, clot formation would continue to occur and these patients would remain more vulnerable to recurrent ischaemic events.4 Test for both platelet reactivity and the CYP2C19 genetic variant are currently available, and have the theoretical potential to help clinicians to better choose the anti-platelet agent to be used, but the clinical evidence behind their use is still limited, preventing guidelines from routinely recommending these tests.5

The utility of evaluating platelet reactivity to tailor antiplatelet strategies has been widely studied, with disappointing findings. In the Gauging Responsiveness with A VerifyNow assay – Impact on Thrombosis And Safety (GRAVITAS) trial, patients with high platelet reactivity were randomised to receive clopidogrel 150 mg or 75 mg after percutaneous coronary intervention (PCI). Although the higher dose of clopidogrel reduced platelet reactivity significantly (by 22%), no difference in the composite of cardiovascular death, nonfatal MI or stent thrombosis was found.6

Similarly, in the Assessment by a Double Randomization of a Conventional Antiplatelet Strategy versus a Monitoring-guided Strategy for Drug-Eluting Stent Implantation and of Treatment Interruption versus Continuation One Year after Stenting (ARTIC) trial, a platelet-function monitoring strategy, coupled with adequate anti-platelet therapy adjustments, led to lower platelet reactivity, without any significant difference in clinical endpoints.7

In the recently published Testing Responsiveness to Platelet Inhibition on Chronic Antiplatelet Treatment for Acute Coronary Syndromes (TROPICAL-ACS) trial, a guided de-escalation strategy from prasugrel to clopidogrel after an acute coronary syndrome (ACS), monitored by a platelet reactivity test, was non-inferior to conventional strategy with prasugrel.8 Given the uncertainty of evidence and the high cost of the alternative agents to clopidogrel and the cost of the platelet reactivity tests, local cost–effectiveness analyses are necessary before widely adopting these strategies. In the current edition of European Cardiology Review, a simulated analysis of DAPT post-ACS driven by testing for platelet reactivity gives some hope that a personalised approach to anti-platelet therapy is still worth exploring.9 We believe that the randomised trial evidence mentioned above is too convincing to resurrect this approach.

In the Platelet Inhibition and Patient Outcomes (PLATO) genetic sub-study, which included slightly more than half of the 18,624 patients from the original trial, a trend was observed for reduced cardiovascular outcomes in patients with a CYP2C19 LOF allele treated with ticagrelor compared with clopidogrel, although no formal interaction was observed in this subgroup (p for interaction 0.46).11

In a multicentre non-randomised study published last year, patients with a LOF CYP2C19 allele prescribed clopidogrel had a higher risk of cardiovascular events compared to patients treated with other agents (HR 2.26%; 95% CI [1.18 to 4.32]; p=0.013).12

Additionally, the Pharmacogenetics of Clopidogrel in Patients with Acute Coronary Syndromes (PHARMCLO) trial was stopped recently due to issues concerning the certification of the genotyping test in use. Despite being prone to bias, the partial results for approximately one-quarter of the original trial population were promising, with a marked reduction in the composite of cardiovascular death, MI, stroke and major bleeding in patients randomised to the pharmacogenomic arm compared to standard of care arm at 12 months (15.9% versus 25.9%, HR 0.58; 95% CI [0.43 to 0.78]; p<0.001).13

The results of the Tailored Antiplatelet Therapy Following PCI (TAILOR-PCI; NCT01742117) are awaited.14 TAILOR-PCI is a multicentre, prospective, randomised clinical trial comparing a prospectively genotyping guided anti-platelet therapy versus conventional treatment with clopidogrel in post-PCI patients. In the pharmacogenomics arm, patients with CYP2C19 LOF will be treated with ticagrelor, while those with wild type alleles will be prescribed clopidogrel. The primary outcome is the composite of cardiovascular death, MI, stroke, stent thrombosis and severe recurrent ischaemia, to be assessed at 12 months. Results are expected in 2020.

Until then, we are resigned to treating patients with guideline-driven strategies that discourage a personalised approach. The story around pharmacogenomics approaches has not yet been written. 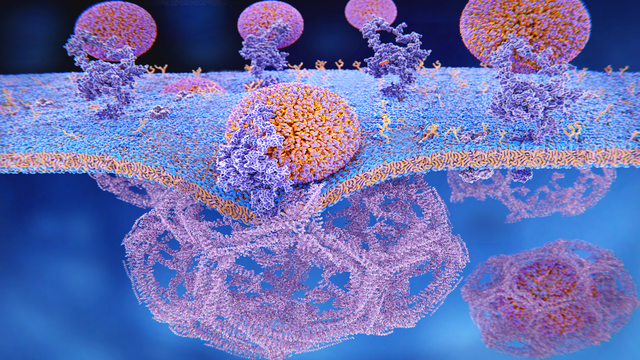 Syncope in the Elderly
Read Article