Smoking is a strong risk factor for the development of arteriosclerotic cardiovascular disease (CVD). Quitting smoking is a cornerstone of improved cardiovascular health, reducing the risk of developing CVD and the risk of overall mortality.1 It is astonishing that 7–28% of patients with coronary heart disease still smoke, but around half of smokers are planning to quit.2,3 Because the habit is addictive, it is crucial for cardiologists to repeatedly encourage patients to quit smoking. In addition, evidence shows that passive smoking increases the risk of CVD and that a significant number of people with CVD are exposed to environmental tobacco smoke.4 Such exposure should be avoided in CVD patients. 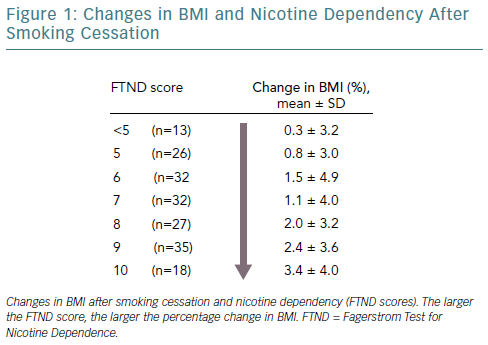 A large-scale cohort study analysed patients with diabetes and those without who quit or continued to smoke.3 Compared with current smokers, patients without diabetes were reported to have a considerably reduced risk of developing CVD over 4 years after quitting smoking. This finding held true even if the people without diabetes gained a substantial amount of weight. In addition, the risk of developing CVD decreased the longer the people without diabetes abstained from smoking. People with diabetes displayed a reduced risk of developing CVD if they abstained from smoking for at least 4 years and if they gained less than 5 kg. However, gaining an excessive amount of weight (>5 kg) annulled the reduction in risk of cardiovascular events caused by quitting smoking. Thus, people with diabetes should carefully monitor weight gain after quitting smoking. 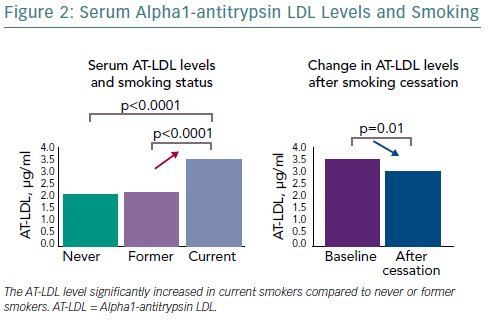 In conclusion, weight gain generally occurs after smoking cessation and this temporarily increases the risk of diabetes and reduces the benefits of smoking abstinence. The benefits of smoking cessation may be minimised by obesity in those who have stopped smoking. However, continued abstinence from smoking will, over time, outweigh this. CVD risks never increase by stopping smoking, even if excessive weight gain occurs. Based on these results, it is crucial that physicians and other medical professionals support patients to continue smoking cessation and to gradually decrease their weight.