For many years implantable cardiac monitors have proved to be helpful diagnostic tools for illuminating mechanisms of syncopes and documenting symptomatic arrhythmias in selected patients. With an increasing number of patients being treated interventionally for atrial fibrillation (AF), continuous rhythm monitoring with implantable devices can help to address several unsolved questions in this field, such as the true AF burden after an ablation procedure, the percentage of completely asymptomatic recidives and the long-term efficacy of catheter ablation, and can thereby influence the timing for discontinuation of antiarrhythmic drug treatment or even oral anticoagulation. The recently published Reveal® XT Performance Trial (XPECT) quantified the performance of the first implantable cardiac monitor with dedicated AF detection capabilities. In this validation study the AF detection algorithm was proved to deliver reliable detection of the presence or absence of AF. In addition, the AF burden could be reliably assessed and quantified. In the future, continuous monitoring strategies may be helpful to overcome the shortcomings of non-continuous monitoring and may be able to better document AF recurrence, identify the type of recurrence and document the burden of AF.

In selected cases, implantable cardiac monitors (ICMs) can be helpful diagnostic tools for patients with unclear syncopes or undocumented arrhythmias.1 However, in the field of catheter ablation of atrial fibrillation (AF) – the fastest growing area of interventional electrophysiology in the past 10 years – there is a need for continuous rhythm monitoring for both clinical and scientific reasons.

Diagnosis of AF is made by routine electrocardiogram (ECG) recordings and ambulatory Holter monitoring, and has recently been extended with new tools, including trans-telephonic ECG transmissions, seven-day Holter recording and 30-day event recording. The diagnostic yield of all of these methods is still limited, but improves with increasing duration of the recording.2–4 Patients suffering from symptoms have an increased likelihood that AF will be diagnosed. However, there is a well-known poor correlation between symptoms and AF episodes: AF episodes may be asymptomatic, and symptoms may not relate to AF episodes.5–10 A recent study showed that only 21% of episodes with symptoms suggestive of AF reported by patients with implanted pacemakers were in fact AF episodes according to the pacemaker log.6

In patients with previously documented AF on any type of rhythm control therapy, rhythm monitoring is necessary to assess the efficacy of such therapy or to detect potential proarrhythmic events, e.g. proarrhythmia triggered by antiarrhythmic drugs or the development of atrial macro re-entrant tachycardia after AF ablation interventions. In patients on rate-control therapy, it may be necessary to monitor ventricular rate during rest to optimise drug therapy and adequately control ventricular rate. Thus, for both major treatment strategies currently applied in patients with AF, i.e. rhythm and rate control, rhythm monitoring is a cornerstone in the guidance of adequate treatment.

There are several ICMs available: leadless devices (Confirm® DM 2100 and 2102, St Jude Medical; Reveal® DX and XT, Medtronic) and a device with an external electrode (Sleuth™, Transoma) (see Figure 1). Biotronik will launch a device at the end of 2010/beginning of 2011. The main differences between these devices are storage capacity, the technologies used for data transmission and the efficacy of arrhythmia detection algorithms (see Table 1). All of these devices can submit their data trans-telephonically or even automatically via the global system for mobile communications (GSM). For example. the Medtronic device (Reveal XT) can store up to 49.5 minutes of recorded ECG (27 minutes of automatically activated events and 22.5 minutes of patient-activated events). In addition, this ICM has an episode log that can catalogue 30 automatically detected AF episodes and up to 10 patient-activated episodes. When the memory is full, an additional episode will overwrite the oldest stored episode. To date, validation of the algorithms is available only for the Medtronic device (Reveal); large-scale studies of the diagnostic value of the other ICMs are still pending.

Arrhythmia detection is easy in cases of bradycardia or tachycardia since only limits for maximal and minimal RR intervals have to be set. If detected RR intervals are above or below those limits, the episode is stored in the device as a brady- or tachycardia. Detection of arrhythmias such as AF is much more demanding, as they are supraventricular arrhythmias that are conducted via the atrioventricular (AV) node mostly within the window for physiological sinus activity. However, physiological sinus rhythm and AF each has a unique RR interval pattern (see Figure 2). The dedicated AF detection algorithm uses the irregularity and incoherence of RR intervals to identify and classify patterns in ventricular conduction. The RR intervals are analysed within each two-minute period and the variability of the ΔRR intervals is calculated, similar to constructing a Lorenz plot.11 When the RR intervals within the two-minute interval show a certain pattern of uncorrelated irregularity, the heart rhythm in this interval is classified as AF. If RR intervals are regular with some sinus node modulations, the interval is defined as normal sinus rhythm.

The Reveal XT Performance Trial (XPECT)12 evaluated the detection performance of a new subcutaneous, leadless ICM with a special AF-detection algorithm. Between September 2007 and July 2008, 247 patients from 24 medical centres in Europe and Canada were enrolled in this prospective study. Patients with an implanted ICM and who were scheduled for pulmonary vein isolation (PVI) or surgical rhythm control intervention, had documented frequent AF or frequent symptoms attributable to AF or had undergone PV ablation within the last six months and still had symptoms attributable to AF were eligible for enrolment. For 206 patients, data were available from the ICM and simultaneously recorded Holter-ECG. Seventy-six patients had at least one episode of core-laboratory-classified AF; the sensitivity for identifying patients with any AF was 96.1% (73 of 76 patients). One and hundred and thirty patients were classified as not having AF by the core laboratory. In 111 of 130 patients, the ICM confirmed the absence of AF, giving a specificity for identifying patients with no AF of 85.4%. Of the 130 patients without AF, 19 (14.6%) had false-positive AF episodes stored by the ICM. These episodes were falsely classified as AF due to frequent premature atrial or ventricular complexes with varying coupling intervals (eight of 19 patients), noise (six of 19 patients), irregular sinus rhythm (five of 19 patients), bigeminy (one of 19 patients), undersensing (three of 19 patients) and other atrial arrhythmia (three of 19 patients); some patients had more than one type of false-positive episode. All false-positive episodes were due to irregularity of the sensed heart rate.

Continuous rhythm monitoring with ICM has also shown its superiority compared with 24-hour Holter-ECG after surgical treatment of AF. In a study by Hanke et al.,13 patients with surgical treatment of AF were followed by an ICM (Medtronic Reveal XT) and 24-hour Holter. With low AF burden there was a high probability of misinterpretation of Holter results. For example, patients with a ‘true’ AF burden of 10% were classified in 50% of the cases as being in ‘stable sinus rhythm’ by Holter monitoring. Only an AF burden >70% was associated with a correct diagnosis by Holter recordings. This finding is of great clinical importance as rhythm stability on Holter-ECG still influences many clinical decisions on the discontinuation of oral anticoagulation. From the scientific point of view, ICMs may have the potential to objectively measure the effect of different rhythm control strategies, since follow-up strategies strongly influence the results of different study protocols. Also, the long-term efficacy of using the different energy sources available for the treatment of AF (cryothermy, radiofrequency, high-intensity focused ultrasound) can be compared more reliably using ICMs (see Figure 4).

Adequate rhythm monitoring is especially important in patients under rhythm control to detect arrhythmia recurrences following electrical cardioversion, those on antiarrhythmic drug therapy or following catheter ablation. Follow-up strategies based solely on patient-reported symptoms clearly overestimate the success rate of ablation procedures owing to asymptomatic AF recurrences.10 The implications of a reliable method of continuous rhythm monitoring of AF patients are significant for both scientific and clinical reasons. Using this technology, reliable data on the true incidence and impact of asymptomatic AF episodes as well as on the importance of episode duration and AF burden can be expected. Continuous and precise rhythm follow-up would allow the establishment of a new standard to compare the efficacy of different AF-treatment strategies and could also be useful to guide individual patient treatment, e.g. anticoagulation. In addition, the technology may have significant implications in the diagnosis or exclusion of AF in patients with cryptogenic stroke. In the future, continuous monitoring strategies such as implantable leadless cardiac monitors may be helpful to overcome the shortcomings of non-continuous monitoring and may prove able to better document AF recurrence, identify the type of recurrence and document the burden of AF. However, the data on the feasibility of these technologies are currently too inconclusive and further studies are necessary to assess their potential superiority over non-continuous rhythm monitoring. 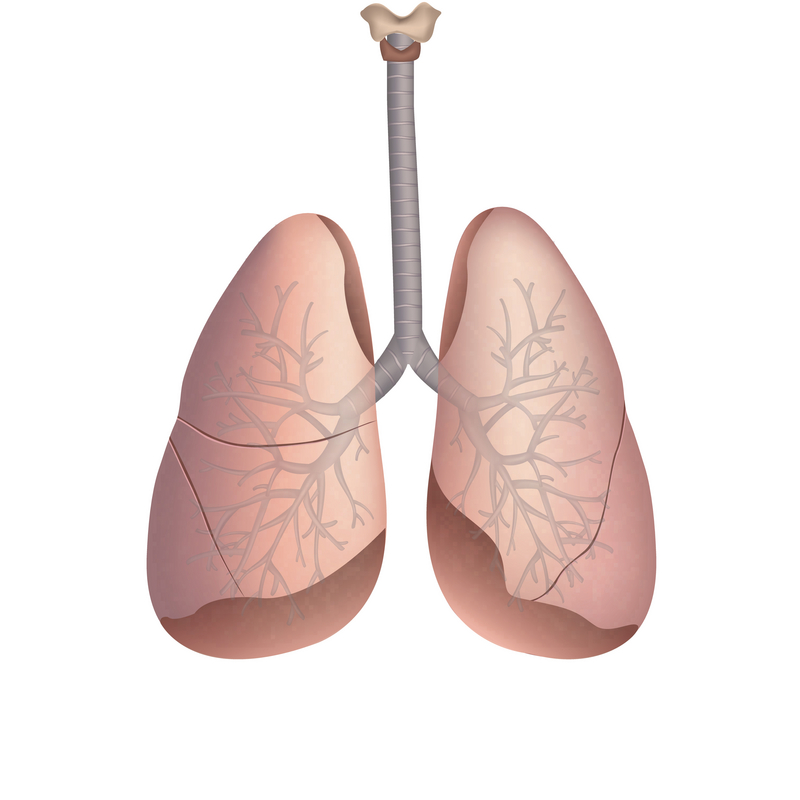 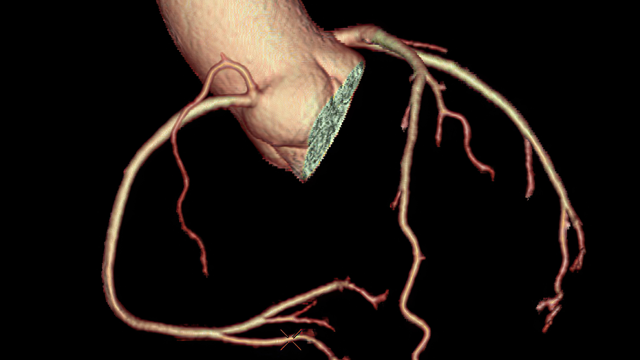 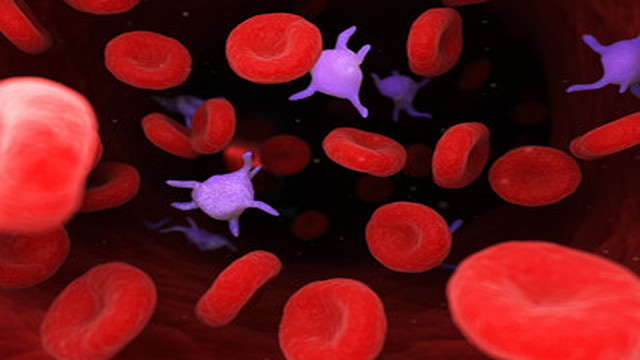