The renin–angiotensin system (RAS) has an important role in many cardiovascular diseases, such as hypertension, left ventricular hypertrophy, atherosclerosis and heart failure, and lately its relationship with cardiac arrhythmias has also been investigated.1 Atrial fibrillation is the most frequently occurring sustained cardiac arrhythmia and its prevalence doubles with each advancing decade of age, from under 0.5% at 50–59 years of age to almost 9% at over 80 years of age.2 The lifetime risk of development of atrial fibrillation is one in four for men and women 40 years of age and older.3

We have previously also shown that hypertensive patients included in the Valsartan Antihypertensive Long-Term Use Evaluation (VALUE) trial with new-onset diabetes had a significantly higher event rate of new-onset atrial fibrillation, with a hazard ratio (HR) of 1.49 (1.14–1.94; p=0.0031) compared with patients without diabetes; this may explain the concomitant high risk of hospitalisation for heart failure in some of these patients.8

Initially, RAS is activated as a compensatory mechanism in the body, e.g. in heart failure, but with progression of the disease it may have a more detrimental role. RAS blockers such as angiotensin-converting enzyme inhibitors (ACEIs) and angiotensin II receptor blockers (ARBs) are important parts of the treatment regimens for heart failure and hypertension.

Atrial fibrillation itself causes atrial electrical and structural remodelling, including atrial dilatation and fibrosis development, which may facilitate recurrence and perpetuation of the atrial fibrillation. Patients with atrial fibrillation have been shown to have increased levels of angiotensin II type 1 (AT1) receptors in the left atrium,9 and angiotensin II, via AT1 receptors, can stimulate cardiac fibroblast growth and increase collagen synthesis in cardiac tissue.10 RAS may therefore promote atrial and ventricular arrhythmias due to increased cardiac hypertrophy, fibrosis and heterogeneity of the cardiac tissue.10 Other electrophysiological effects of RAS activation have also been suggested, e.g. experimental results have shown that RAS may have direct pro-arrhythmic effects on membrane and ion channels and that increased oxidative stress is likely to contribute to an increased arrhythmic incidence.11,12 ACEIs may reduce the level of angiotensin II, and the pro-arrhythmic effects mediated by AT1-receptors may be prevented by ARBs, as shown in Figures 1 and 2.13

In the LIFE study, treatment with an ARB (losartan) significantly reduced the incidence of new-onset atrial fibrillation, with an RR of 0.67 (0.55–0.83; p<0.001) compared with treatment with a beta-blocker (atenolol), despite similar blood pressure reduction.15 Patients with new-onset atrial fibrillation in the LIFE population had an approximately two-fold increased risk of cardiovascular events, an approximate three-fold increased risk of fatal and non-fatal stroke and a five-fold increased rate of hospitalisation for heart failure.15 The ARB (losartan) was also more effective than the beta-blocker (atenolol) treatment in reducing the risk of a combined end-point of cardiovascular morbidity and mortality as well as stroke and cardiovascular death in hypertensive patients with electrocardiographic left ventricular hypertrophy and atrial fibrillation.17

In the VALUE trial there was a modest but significant reduction of new-onset atrial fibrillation from 4.34% after treatment with a calciumchannel blocker (amlodipine) to 3.67% after treatment with the ARB (valsartan), giving a significant unadjusted HR of 0.843 (0.713–0.997; p=0.0444) in favour of RAS blockade.16 Blood pressure lowering in the VALUE trial was slightly greater with the calcium-channel blocker than with the ARB, which suggests that mechanisms beyond blood pressure control may have contributed to the beneficial effects of the ARB.

In contrast to these observations, two general hypertension trials, the Captopril Prevention Project (CAPPP)18 and the Swedish Trial in Old Patients with Hypertension-2 (STOP-2),19 found no reduction in atrial fibrillation with treatment with ACEIs compared with beta-blockers, calcium-channel blockers and diuretics. However, in these oldest trials, sensitivity and accuracy for the detection of new-onset atrial fibrillation are poor, being mainly ascertained as adverse event reports. To compare, if the effect on atrial fibrillation in the VALUE trial was based merely on adverse event rates, no effect of ARB would have been detected,20, 21 and therefore definite conclusions about the preventative effect of ACEIs cannot be drawn. In Figure 4, risk reduction with blockers of RAS in large hypertension and heart failure trials are shown.

The Heart Outcomes Prevention Evaluation (HOPE) study included patients with high cardiovascular risk without heart failure and left ventricular systolic dysfunction and randomised the patients to treatment with an ACEI (ramipril) or placebo.22 No statistically significant difference in the proportion of patients who developed atrial fibrillation was found between the ACEI and placebo arms, and treatment with ACEI had no protective effect on the development of atrial fibrillation (OR 0.92 [0.68–1.24]; p=0.57).22 In the Telmisartan Randomized Assessment Study in aCE iNtolerant subjects with cardiovascular Disease (TRANSCEND), patients intolerant to ACEIs with cardiovascular disease or diabetes with end-organ damage were randomised to treatment with ARB (telmisartan) or placebo, and no significant effect on new-onset atrial fibrillation was found. One hundred and eighty-two patients (6.4%) treated with ARB compared with 180 patients (6.3%) treated with placebo developed new-onset atrial fibrillation, with an HR of 1.02 (0.83–1.28; p=0.829).23 However, HOPE22 and TRANSCEND23 were not ‘pure’ hypertension trials, although they included a large number of hypertensives (~50% in HOPE, ~76% in TRANSCEND) as hypertension was one qualifying risk factor, and this may explain why these trials failed to detect a beneficial effect of RAS blockade.

In the recently presented Atrial Fibrillation Clopidogrel Trial With Irbesartan for Prevention of Vascular Events (ACTIVE I), treatment with an ARB (irbesartan) in high-normotensive patients with atrial fibrillation reduced the secondary end-point of heart-failure hospitalisation compared with placebo during 4.5 years of follow-up with a hazard ratio of 0.86 (0.76–0.98; p=0.018), despite only a -3 (2.91)/-2 (1.88) mmHg reduction in blood pressure.24 Although irbesartan failed to reduce the primary composite end-point of stroke, myocardial infarction and vascular death in atrial fibrillation patients randomised to treatment, it did reduce the secondary end-point of heart-failure hospitalisations by 14%, which may be of importance in this large high-risk population. Preventing the progression from high blood pressure to atrial fibrillation to heart failure may be of great importance not only for patients, but also for healthcare systems.

Post-operative atrial fibrillation is a common complication of cardiac surgery and is associated with increased morbidity, mortality, longer hospital stays and higher costs. In a prospective study of 128 patients undergoing cardiac surgery (coronary artery bypass and/or valve surgery), there was a significantly reduced post-operative atrial fibrillation occurrence in patients treated with an ACEI together with an ARB (candesartan) compared with a control group (12 and 10% versus 33%), with a p-value of 0.02 and 0.01, respectively.31 However, in a real randomised trial the patients should only use one specific ACEI with a definite dose, and the drugs should have been started at the same time. Differences in prevalence of hypertension and a possible beta-blocker withdrawal effect should also have been evaluated.

The first report from post-cardioversion patients treated with RAS blockade demonstrated a beneficial but not significant effect of ACEI (lisinopril) treatment.32 Thirty patients with congestive heart failure and chronic atrial fibrillation were randomised in a double-blind, placebo-controlled study, and the maintenance of sinus rhythm was 71% in the ACEI group and 36% in the placebo group after subsequent cardioversion (p = non-significant).32 In a study by Ueng et al.,33 adding ACEI (enalapril) to amiodarone in patients scheduled for external cardioversion (about 30% with hypertension) decreased the rate of immediate (4.3 versus 14.7%; p=0.067) and subacute arrhythmia recurrences, and facilitated subsequent long-term maintenance of sinus rhythm (74.3 versus 57.3%; p=0.021) after cardioversion in patients with persistent atrial fibrillation. In a observational study, treatment with an ACEI decreased the number of cardioversion attempts required to achieve sinus rhythm.34

In a study by Madrid et al.,35 154 patients with persistent atrial fibrillation were randomised to treatment with an ARB (irbesartan) or placebo in addition to amiodarone three weeks before electrical cardioversion. Of these patients, about 40% had hypertension.35 Time to recurrence and the probability of remaining free of atrial fibrillation were greater in the group treated with ARB (irbesartan), and irbesartan was the only significant variable related to the maintenance of sinus rhythm after cardioversion in a multivariate analysis.35

However, RAS blockade treatment did not improve cardioversion success.40 The main limitations in an observational study such as this are the heterogeneity of age, underlying heart disease, atrial fibrillation types, medications and echocardiographic characteristics between the two treatment groups, which result from the nature of retrospective analysis.

In a recently published study by Belluzzi et al.,41 cardioversion was chemically achieved with propafenone in patients with lone atrial fibrillation and then randomised to treatment with ACEI (ramipril) or placebo. A beneficial effect of RAS inhibition was detected after a three-year follow-up despite no anti-arrhythmic drugs being used after cardioversion.41 Atrial fibrillation relapses were observed in three patients treated with ACEI (ramipril) and in 10 patients allocated to placebo (p<0.03), which may be due to the fact that included patients with lone AF were comparably healthy and recurrence rates in the placebo group were low (32%).41

In a meta-analysis by Sneider et al.,14 an overall significant reduction in the risk of atrial fibrillation recurrence after cardioversion (electrical or chemical) with use of ACEIs or ARBs found (OR 0.55 [0.34–0.89]; p=0.01). The data suggest that a beneficial effect of RAS inhibition may not be present in patients with the most refractory disease, in particular in the absence of adequate concomitant treatment with anti-arrhythmic drugs (amiodarone, propafenone). 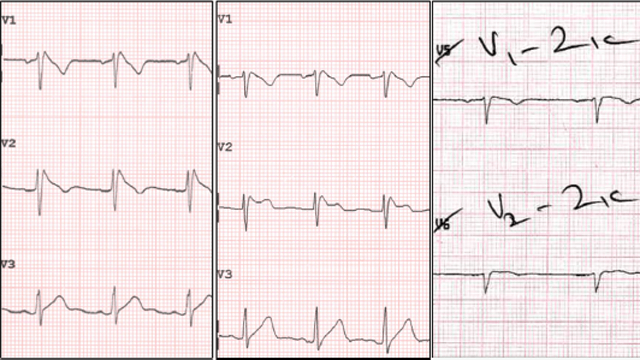